The early days of the pandemic saw a return to DIY practices: cooking, crafting, mutual aid, and survival preparation. DIY has a rich history in our region, one which we hope to explore and critique, opening up new possibilities for DIY culture in the present and future. DIY means not only “doing it yourself”- but making in community and collaboration with others. Local makers create alternative economies, radical solutions, and parallel social worlds.

The symposium will feature an art exhibition, a zine symposium, keynote speaker, and hands-on workshops December 1, 2, and 3, 2022 at the Pacific Northwest College of Art (511 NW Broadway) in downtown Portland, Oregon. All events will be free to attend and participate in.

We welcome you to this event exploring DIY histories, aesthetics, politics, archives, and ongoing attempts at self-creation, worldmaking, and community building to survive and shape the present and future.

Demian DinéYazhi ́ is a Portland-based Diné transdisciplinary artist, poet, and curator born to the clans Naasht’ézhí Tábąąhá (Zuni Clan Water’s Edge) & Tódích’íí’nii (Bitter Water). Their practice is a regurgitation of purported Decolonial praxis informed by the over accumulation and exploitative supremacist nature of hetero cisgender communities. DinéYazhi´'s praxis interrogates normative spaces by refusing to settle or perform for exploitative galleries and publishers that act as gatekeepers to the lethargic, toxic legacy of Western paradigms. They are a survivor of attempted european genocide, forced assimilation, manipulation, sexual and gender violence, capitalist sabotage, and hypermarginalization in a colonized country that refuses to center its politics and philosophies around the Indigenous Peoples whose Land it occupies and refuses to give back. They live and work in a post-post-apocalyptic world unafraid to fail. @heterogeneoushomosexual 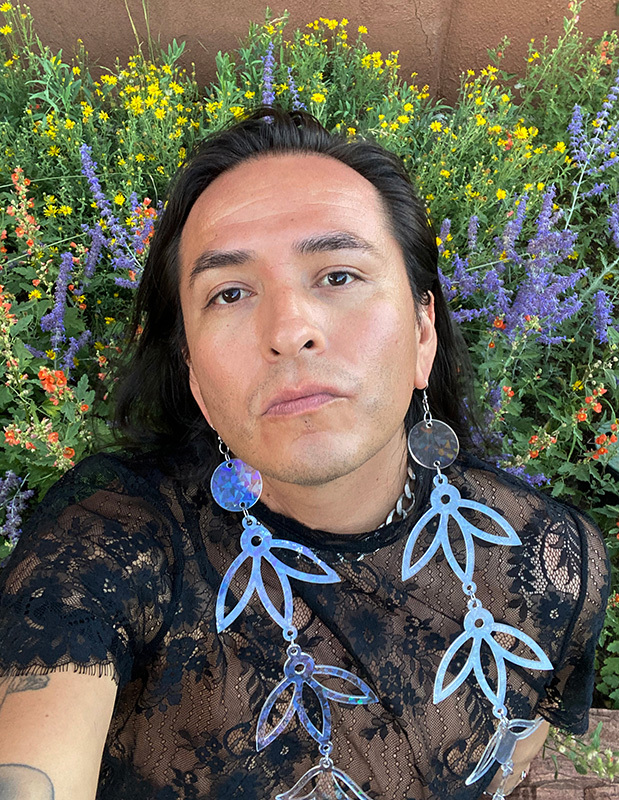 Skawennati investigates history, the future, and change from her perspective as an urban Kanien’kehá:ka (Mohawk) woman and as a cyberpunk avatar. Her early adoption of cyberspace as both a location and a medium for her practice has produced groundbreaking projects such as CyberPowWow and TimeTraveller™. She creates machinimas—movies made in virtual environments—as well as still images, textiles and sculpture.

Her works have been presented in Europe, Oceania, China and across North America in biennials, group exhibitions and solo shows. They are included in the collections of the National Gallery of Canada and the Thoma Foundation, among others. She was honoured to receive a 2020 Smithsonian Artist Research Fellowship and a Visiting Artist Fellowship at the Eccles Centre for American Studies at the British Library. Recipient of an Honorary Doctorate from the Minneapolis College of Art and Design, she is also a proud member of the Guild of Future Architects. She is represented by ELLEPHANT. Skawennati has been active in various communities. In the 80s she joined the nuclear-disarmament peace group, SAGE (Students Against Global Extermination), and the Quebec Native Women’s Association. In the 90s she co-founded Nation to Nation, a First Nations artist collective, while working in and with various Indigenous organizations and artist-run centres, including the Native Friendship Centre of Montreal and Oboro. In 2005, she co-founded Aboriginal Territories in Cyberspace (AbTeC), a research-creation network based at Concordia University whose projects include the Skins workshops on Aboriginal Storytelling and Digital Media as well as the Initiative for Indigenous Futures. Throughout most of the teens, she volunteered extensively for her children’s elementary school, where she also initiated an Indigenous Awareness programme. In 2019, she co-founded centre d’art daphne, Tiohtià:ke/Mooniyang/Montreal’s first Indigenous artist-run centre.

Born in Kahnawà:ke Mohawk Territory, Skawennati belongs to the Turtle clan. She holds a BFA from Concordia University in Montreal, where she resides. 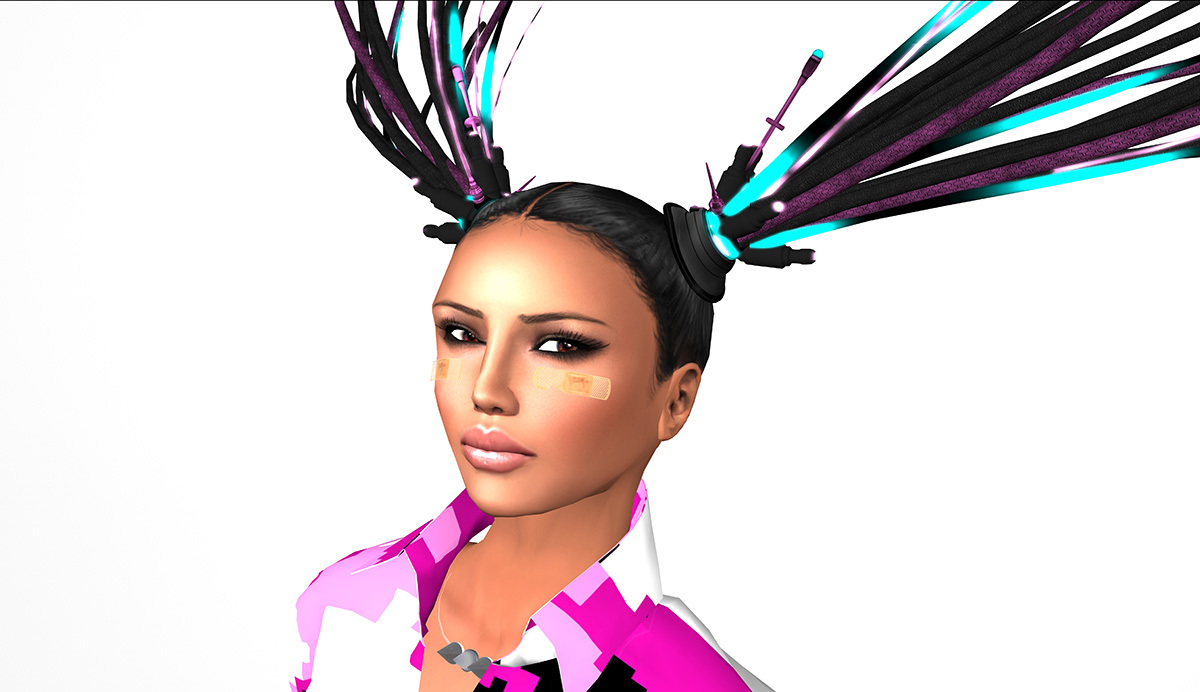 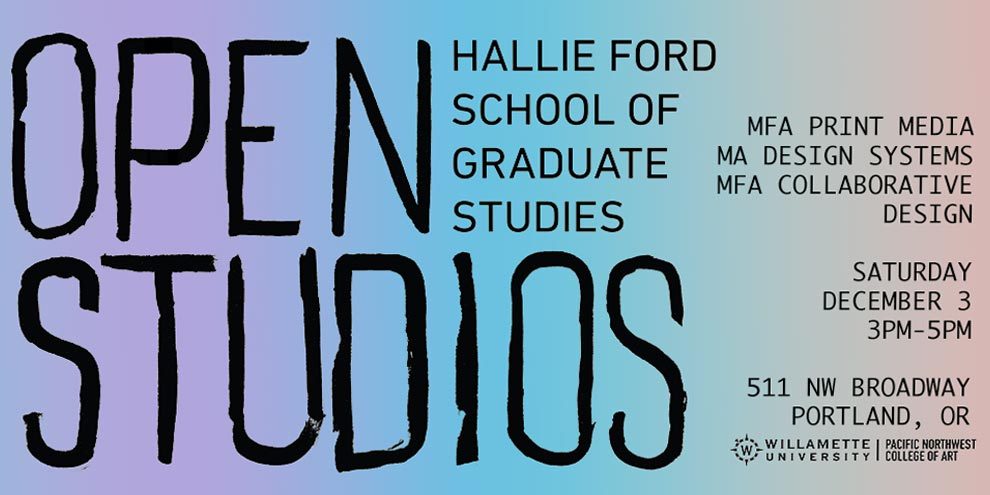 This workshop will cover the basics of making a DIY pamphlet-style zine using a variety of techniques. This workshop will also be an introduction to the Risograph print process and will cover ideas and possibilities for utilizing Riso printing into your zine-making process.

"Risograph printing is a technique best described as a ‘digital screen printing’. The process is similar to screen printing, but with the convenience of an office copier. It’s known for its vivid colours (that other printers can’t produce) and its specific textures. These machines deliver ‘perfect imperfections’ and provide a cheap and easy method for reproducing work at large quantities, like posters, prints and zines." (Risopop.com)

Throughout this 4 hour workshop, each student will construct a complete pamphlet style Zine and have the opportunity to share or sell their Zine on Saturday at the Symposium Zine Fair!

This workshop will be led by Will Mairs, Ali Leeds and Meghann Gilligan-Koehn

*Due to the high cost of materials for Risograph, this workshop has a $20 materials fee. If this is a barrier to entry please email mgilligan@willamette.edu

Stamp Making for Posters and Patterns

This workshop is an introduction to block printing using an easy to cut material. Demonstrations will show students how to carve stamps and create patterns for posters, flyers, greeting cards, and other uses. Through creating shapes, logos or words, attendees will gain an understanding of the cutting process as well as how small images can be used to create a larger piece of work. Students will leave the workshop with the stamps they created and a clear idea of the plethora of ways that stamping can be used within a variety of studio practices.
No previous experience is required: all levels are welcome.

This workshop will be led by PNCA's Sloth Skillshare Collective

In this introductory workshop taught by Yara Bertran, you will learn basic stitches to give a new style and life to your denim jacket or any other favorite garment. After learning the skill, you will be ready to start mending your entire wardrobe. The practice of mending is mindfulness, it makes us more self-sufficient and less reliant on destructive systems, gives us peace, and unites communities. When we wear garments we mend, we feel good about ourselves, and we are helping the planet.

No previous experience is required: all levels are welcome.

This workshop will be led by PNCA's Sloth Skillshare Collective

PNCA's Sloth Skillshare Collective was established in 2021 as a series of graduate student-led events created for the PNCA community to promote engagement and provide students with opportunities to teach and learn creative skills. The group came together in response to the need for connection post pandemic isolation and is interested in giving people a platform to grow their creative voice outside of their studio in a fun and inclusive atmosphere.

For any questions or for more information about the PNCA Hallie Ford School of Graduate Studies Symposium, please contact mgilligan@willamette.edu