Our alumni go on to careers as vital team members of creative firms and agencies, freelance illustrators, and/or owners of their own creative small businesses. During your four years here, you'll prepare for life after PNCA with many opportunities to network in Portland's rich design community and take on professional projects to build your portfolio 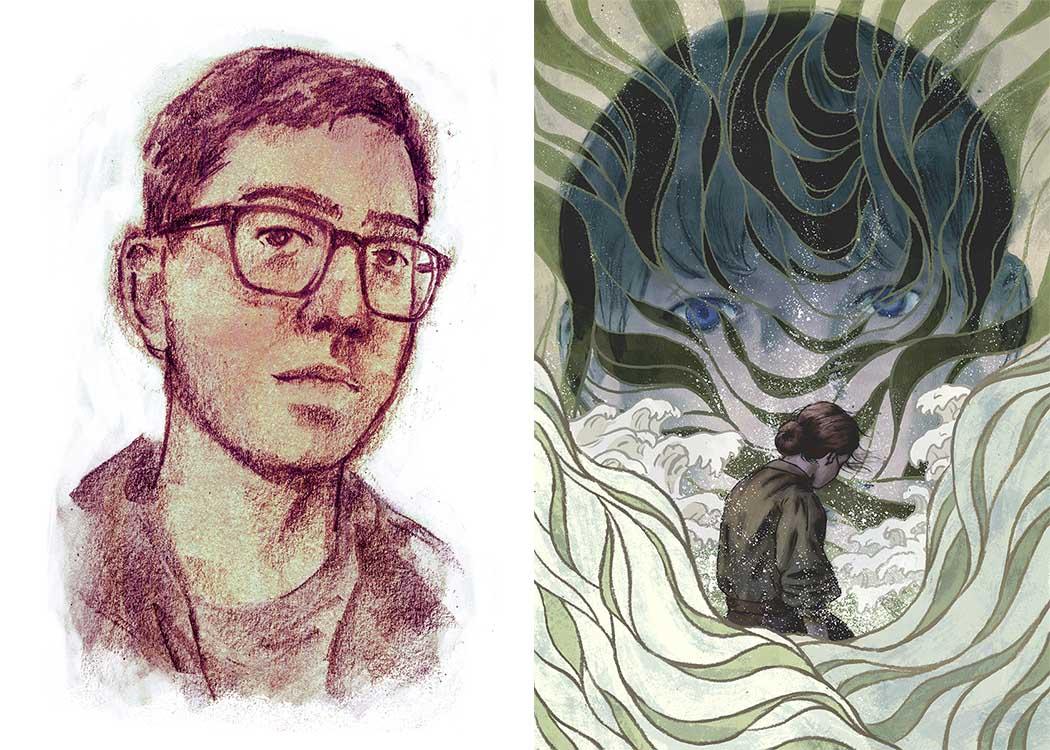 Anke Gladnick is an illustrator who grew up in California and somehow found their way to Portland, Oregon. Through a mix of collaged analog and digital elements, Anke’s work is both visually and conceptually layered with a focus on the surreal and is inspired by dreams, nostalgia, and a sense of poignancy.

Their client list includes the likes of NBC, NPR and The Washington Post. Read their interview with Ballpit Magazine about art, life and inspiration. 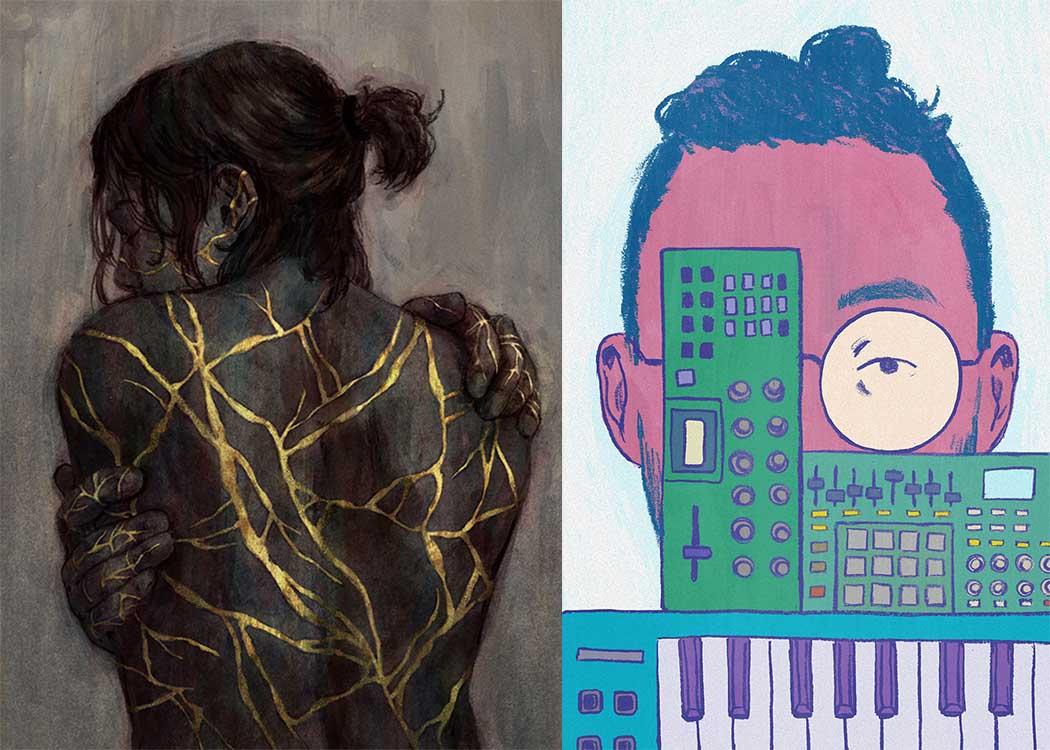 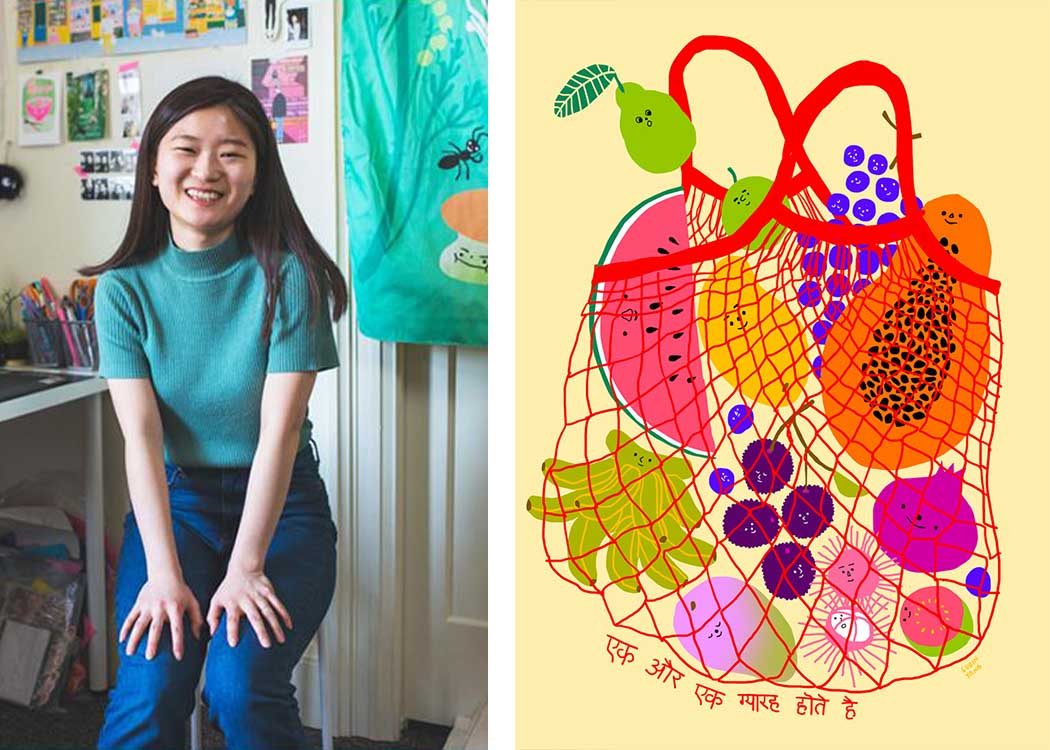 Subin Yang is an illustrator currently based in South Korea. She graduated with a BFA in illustration from Pacific Northwest College of Art in Portland, OR.
She makes images using colorful blocky shapes and loose line work inspired by themes of home, culture, and identity.

Their client list includes publications like The New Yorker, The Portland Mercury, Planadivser, The MET, and Google. Read Subin's Interview at It's Nice That for more on their work. 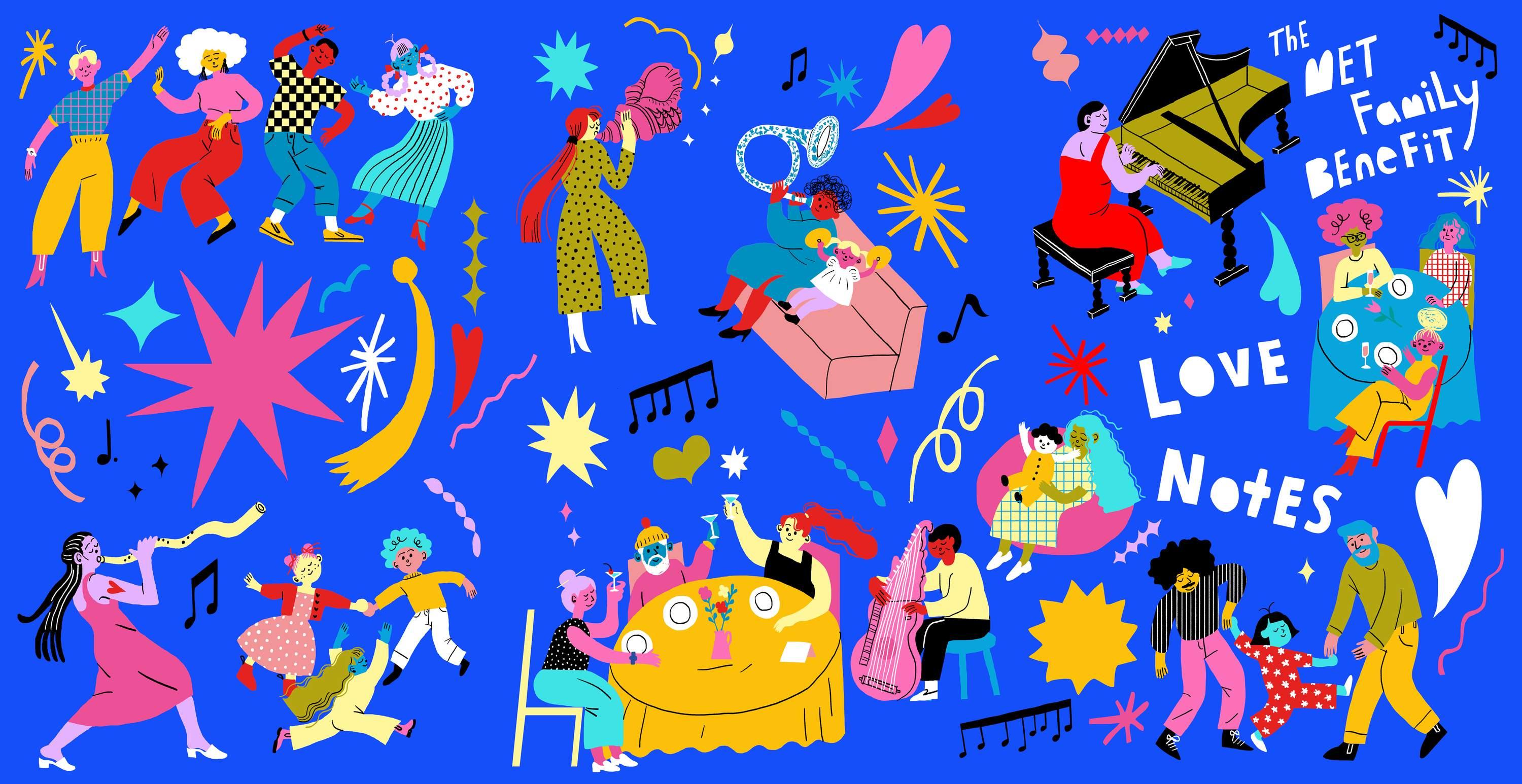 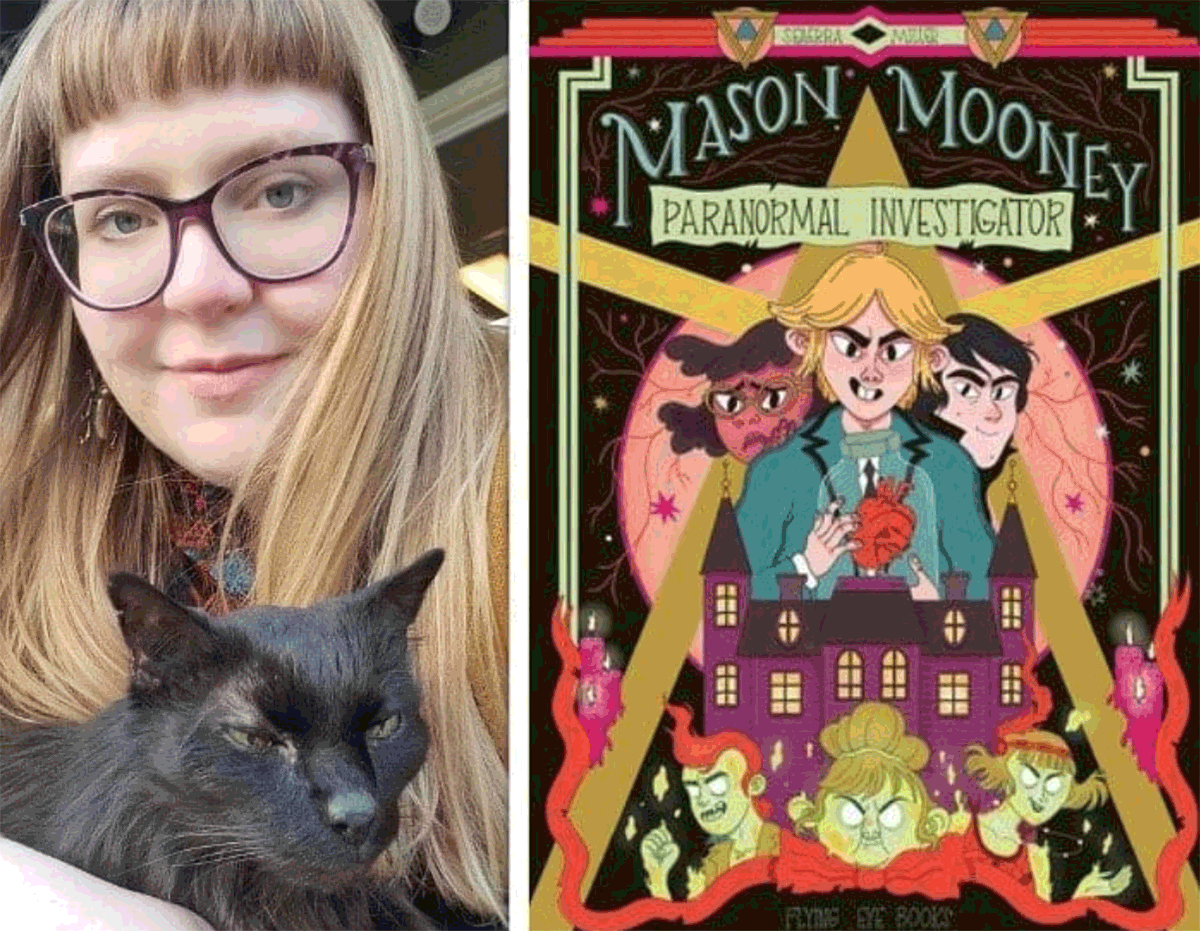 Seaerra Miller grew up in a small town in Wyoming where she spent her days picking dandelions and watching old westerns from her grandma’s small movie collection. In 2015 she moved to Portland, Oregon to study art at the Pacific Northwest College of art and Design. Since graduating in the spring of 2017 she has worked for several publications and organizations such as Cricket Media, Apartment Therapy, Oni Press and Snap Chat. She illustrated the Hilda companion novels to the Netflix series for Flying Eye and her own graphic novel, Mason Mooney: Paranormal Investigator that debuted in 2020. It was announced in the spring of 2020 that she has signed a deal with Little Brown Books for two middle grade graphic novels.

Here's an interview she did about the Making of Mason Mooney: http://mattobin.blogspot.com/2020/09/an-interview-with-seaerra-miller-on.html 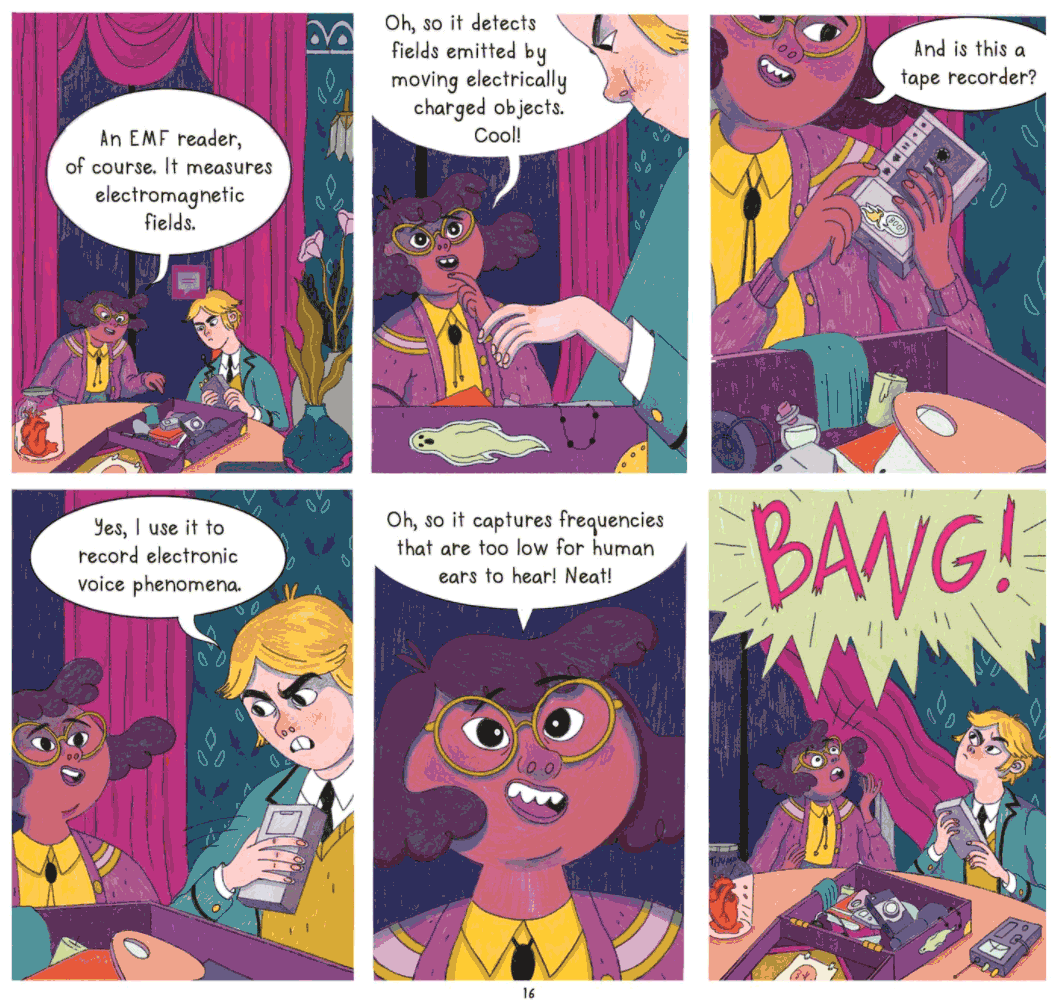 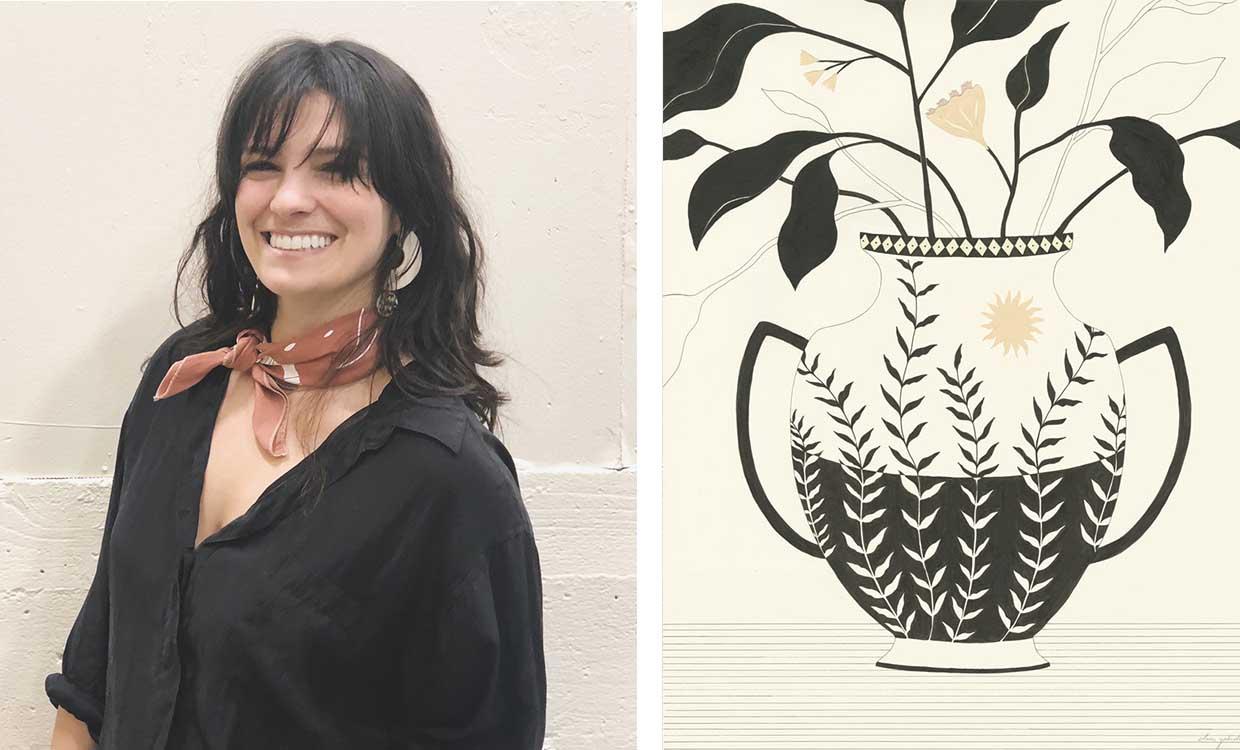 Elana Gabrielle is a multidisciplinary illustrator, maker, and designer of printed textile and paper goods. Her work is influenced by the wild and varied landscapes of the West Coast where she grew up, from misty mountains and foggy beaches to dusty desert valleys. Using cut paper collage, painting, screen printing, and textile design, she weaves the natural world into her creations.

Her handmade goods embody the natural world in both form and function, using sustainable practices and natural fibers, dyes, and inks and a focus on simplicity and attention to detail. Elana’s goods invite mindful interaction with nature both in the home and in the wild, and encourage care for the world around you. 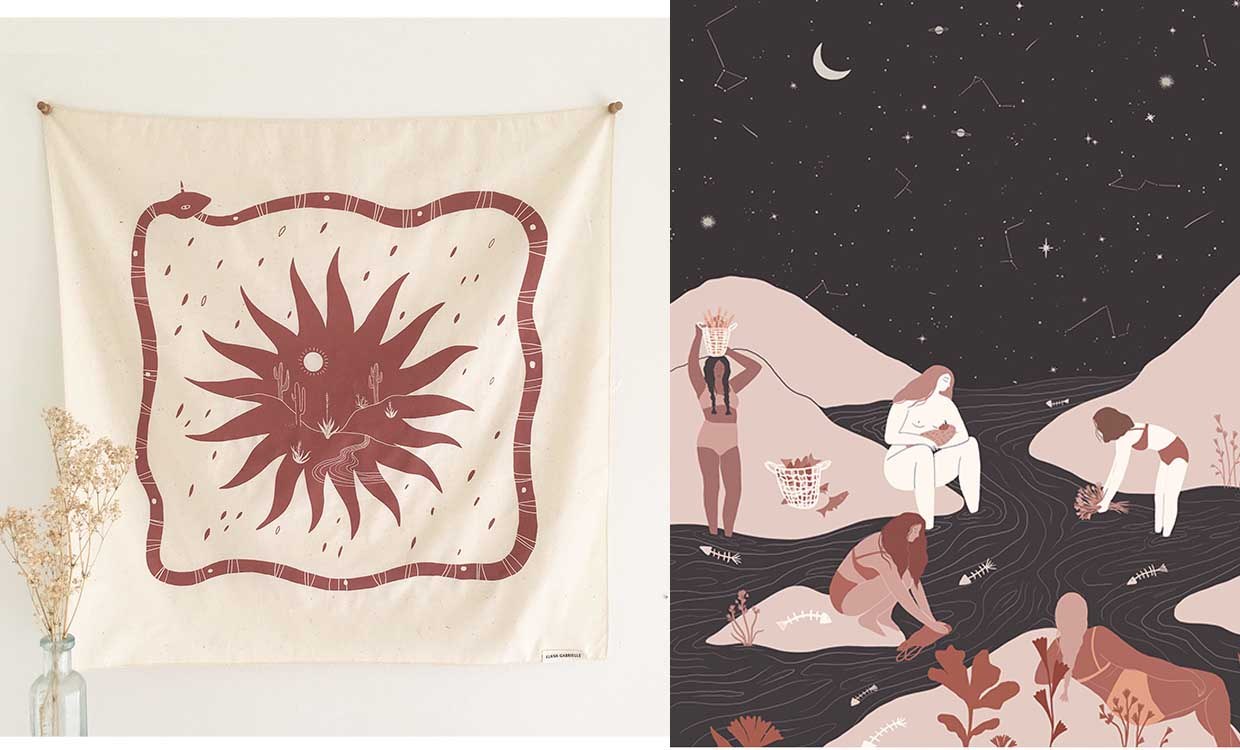 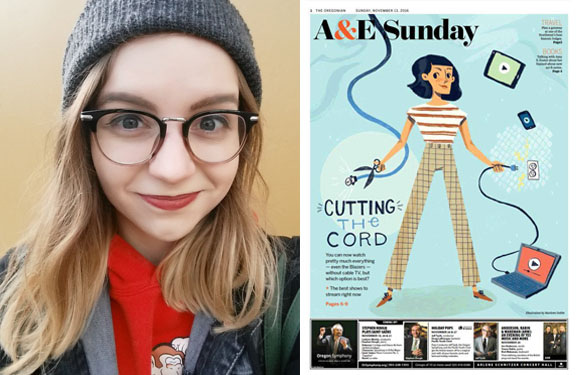 Marlowe Dobbe is an award-winning illustrator and game developer with a love for games she’s fostered since childhood. In 2016 after graduating from PNCA, she started attending local video game meetup events and has been illustrating and animating for games ever since. With Rose City Games, where Marlowe works as the studio’s Artist + Animator, she continues her tradition of creating unique casts of characters and charming settings for each of the games she brings to life.

This year Marlowe released her first commercial game, Dicey Dungeons, in collaboration with Game Designer Terry Cavanagh and Musician Chipzel. Dicey Dungeons was a finalist at the Independent Games Festival awards at GDC 2019, and recipient of the Grand Jury Award at Indiecade 2019.

In her free time, Marlowe is an Organizer for The Portland Indie Game Squad, a 501(c)3 organization dedicated to supporting the health and continued expansion of game developer and enthusiast communities in Portland, the Pacific Northwest, and online. 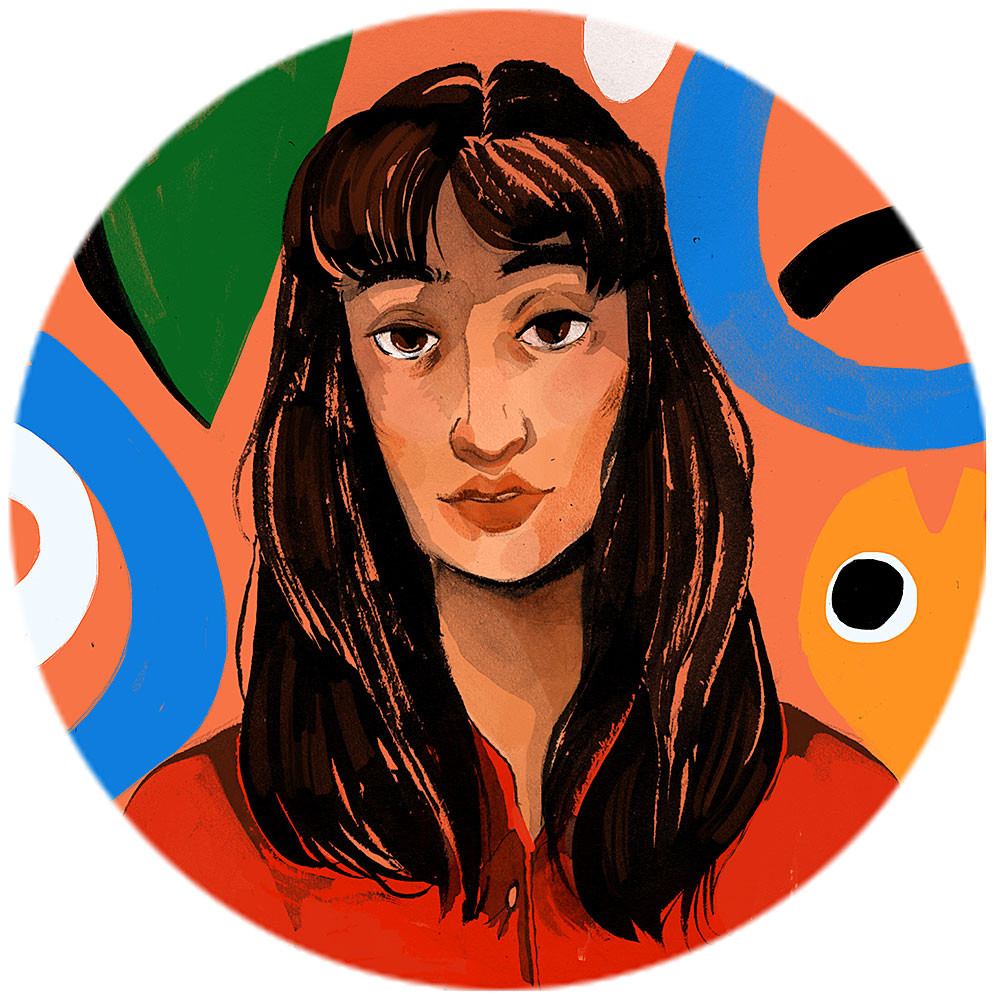 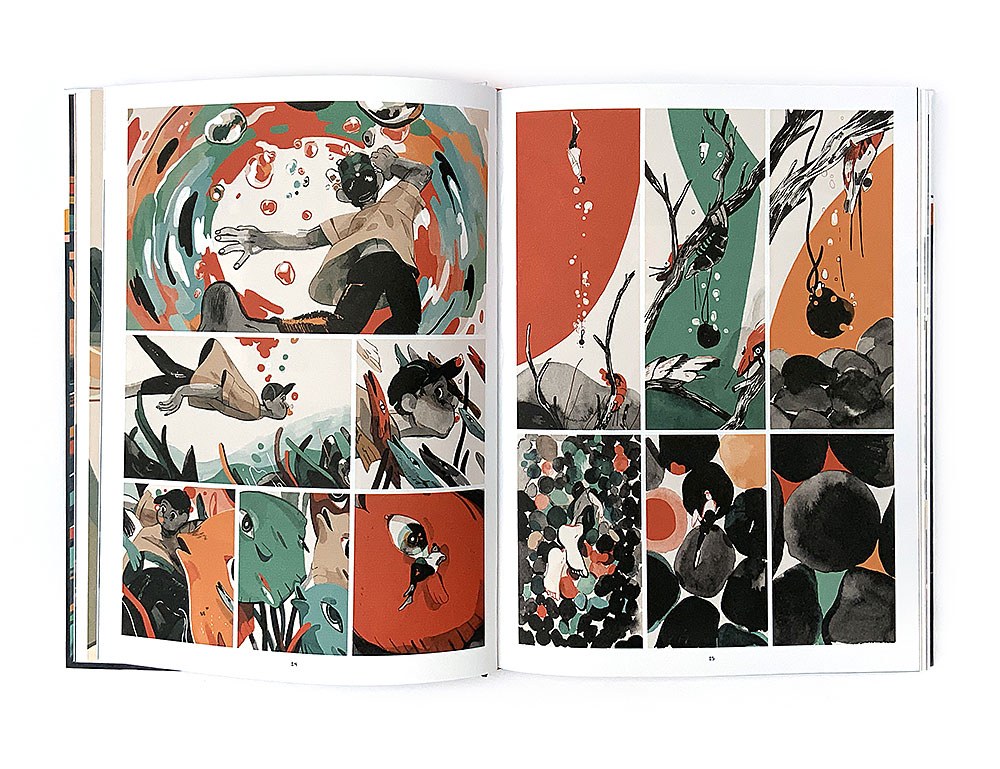 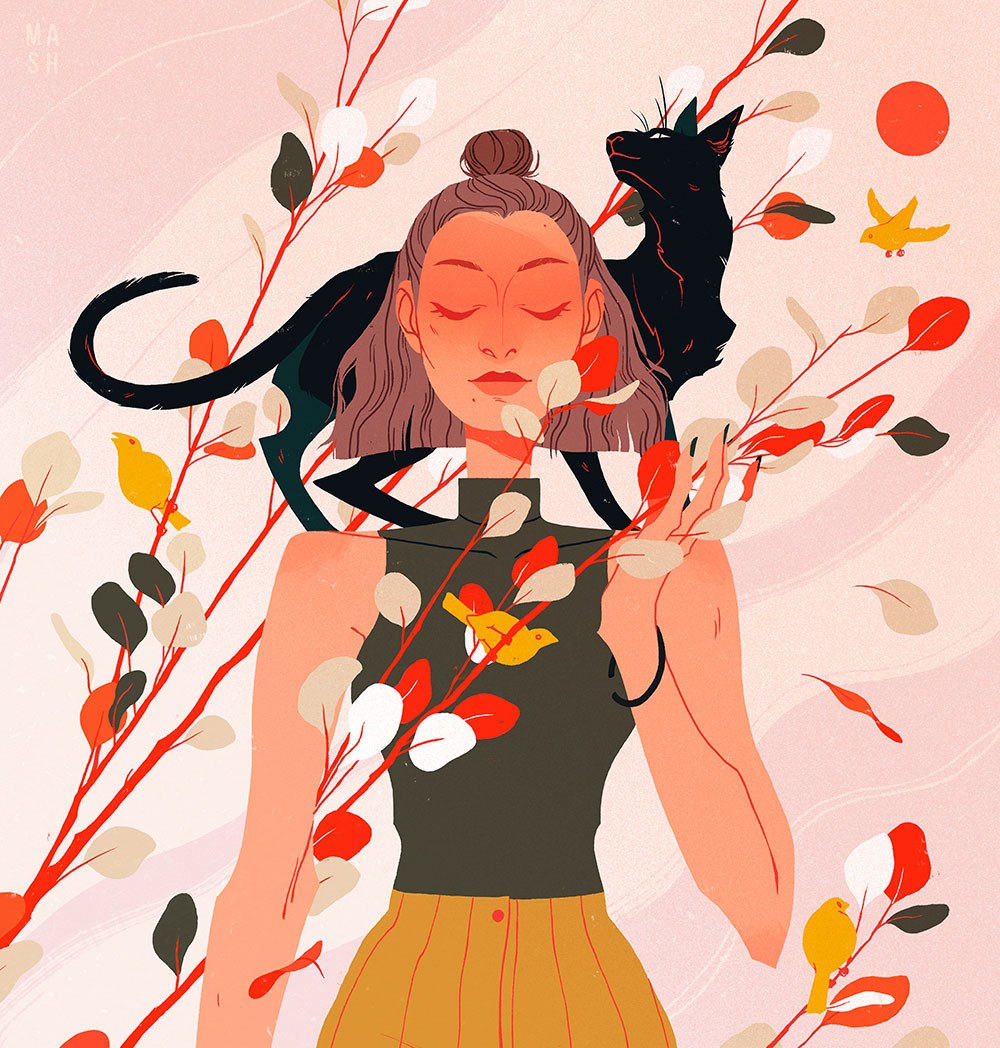 Samantha Mash's interests include ecology, conservation, and social equality, all of which are reflected in her works. Her clients have included Bear Deluxe Magazine, BOOM! Studios, DC Comics, Outside Magazine, Planned Parenthood, New Republic Magazine, Slack and Dramatist, and the Baltimore Magazine. She has twice been featured in Juxtapozand has been included in exhibitions at Spoke Art in New York and San Francisco. 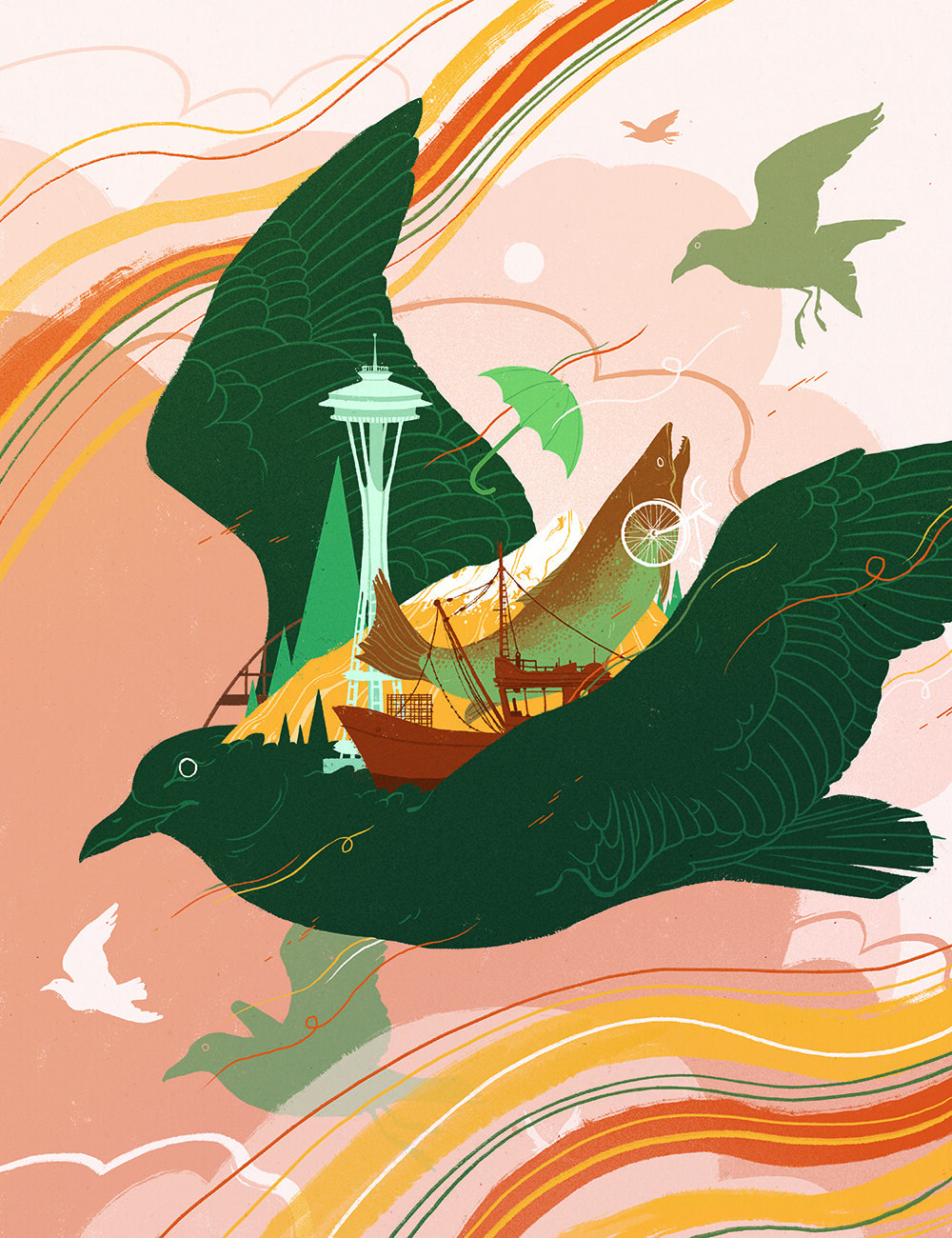 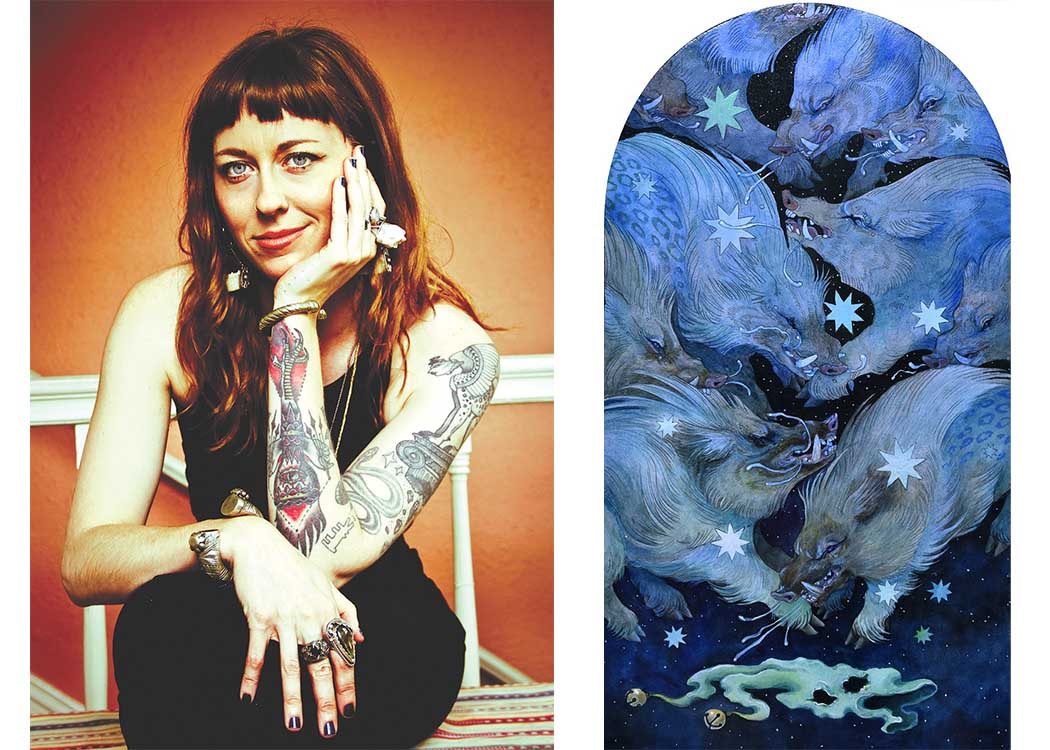 Morgaine Faye hails from Santa Cruz, California, and currently lives and works in Portland, Oregon. Predominantly a painter, illustrator, and metalsmith, she also has experience creating concept art, storyboards, set-designs, and fabricating props and puppets for stop-motion animation. Read Morgaine's interview in Juxtapoz to find out more about her practice! 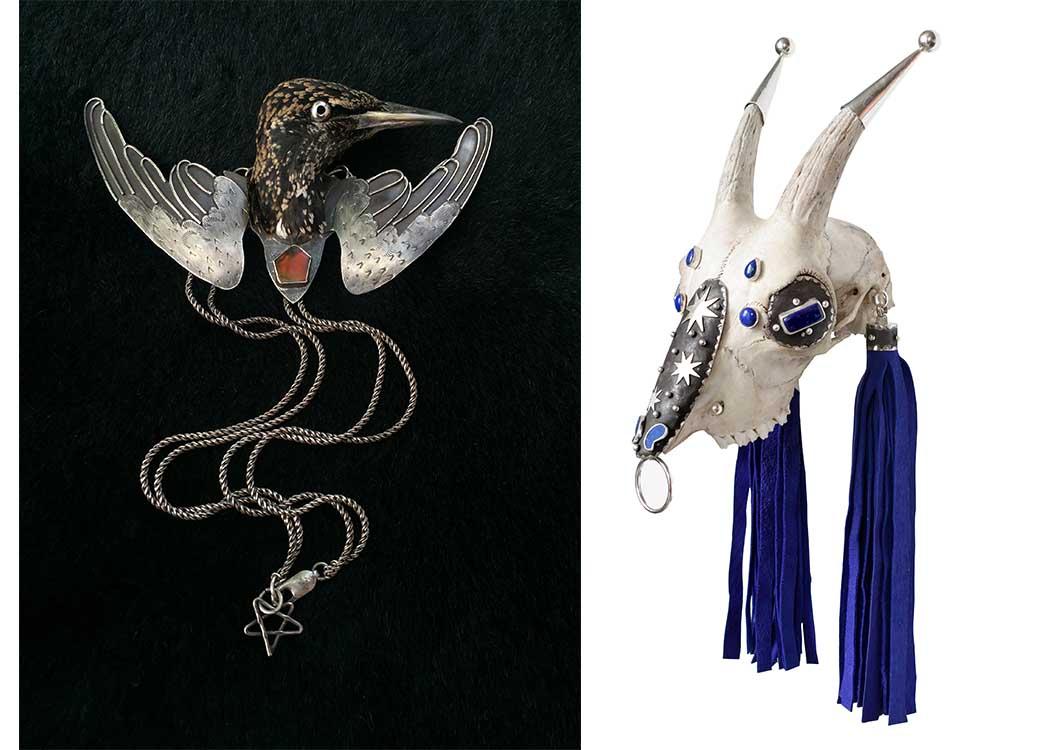 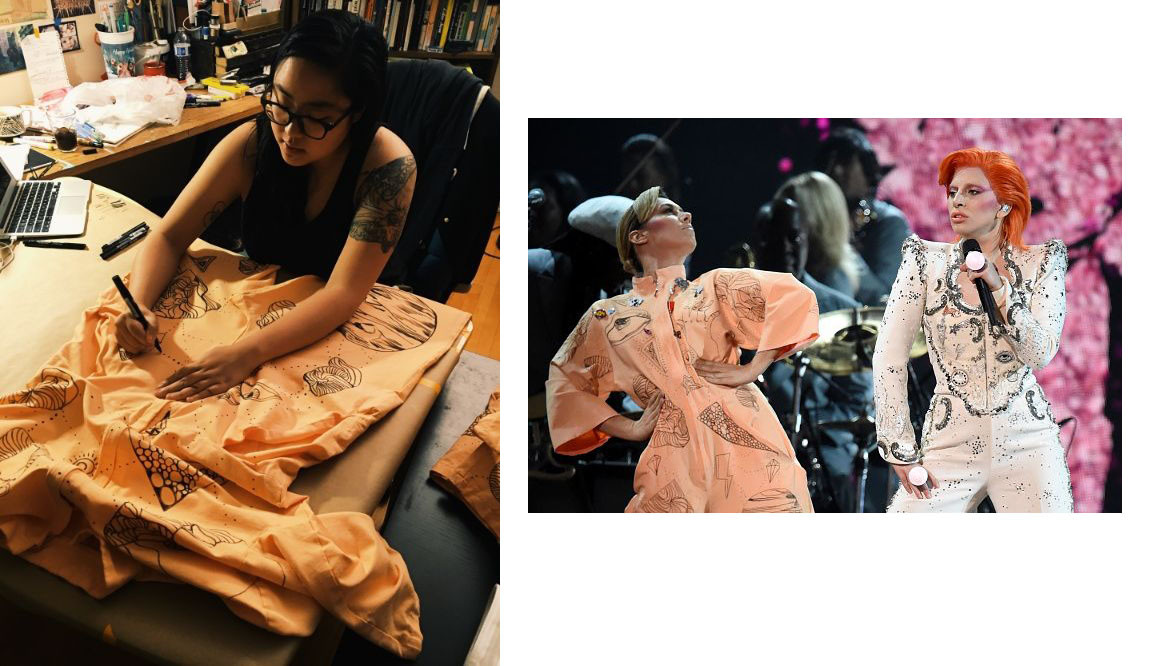 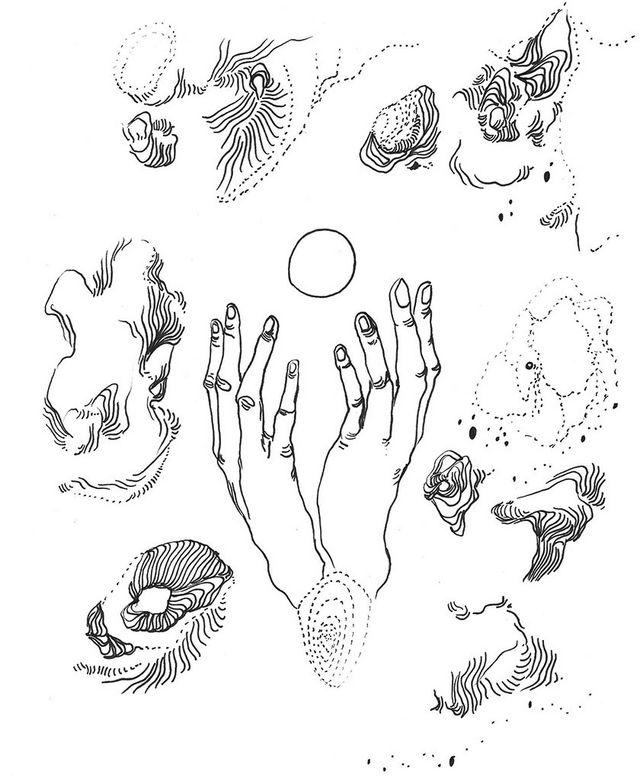 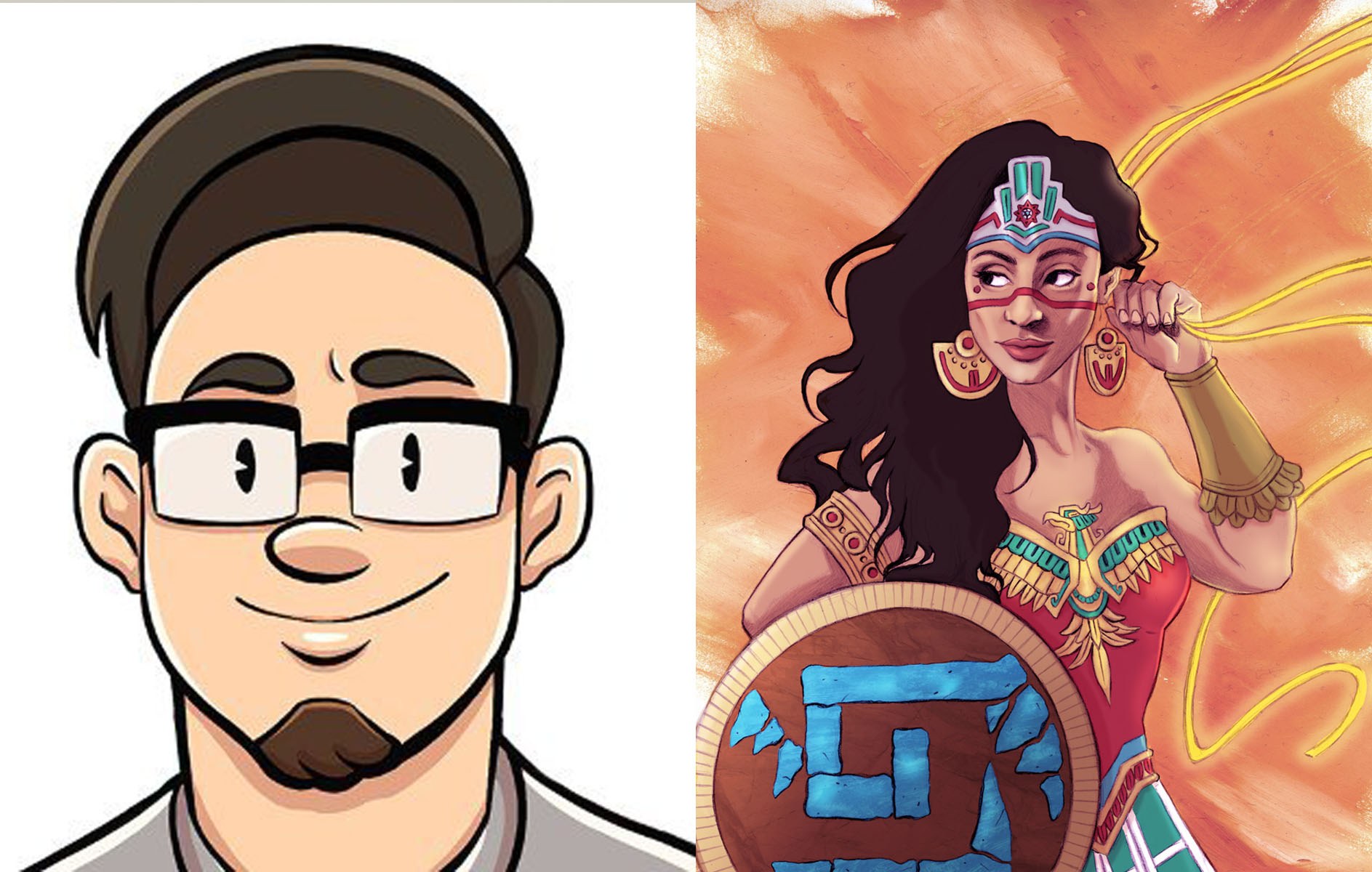 Terry Blas is the Portland based illustrator and writer based behind the auto-bio comics Ghetto Swirl, You Say LatinX and You Say Latino (featured on NPR, OPB, Vox.com and Cosmo.com.)

Terry’s art has appeared in the comics Regular Show, The Amazing World of Gumball and Adventure Time. He has written multiple issues of Steven Universe and Rick and Morty.

His first graphic novel, Dead Weight: Murder at Camp Bloom, is a murder mystery set at a weight loss camp. Dead Weight was named by YALSA as a 2019 Quick Pick for Reluctant Young Readers.

His third graphic novel, Lifetime Passes, was just announced in the NY Times as one of Abrams' titles for their new graphic novel line, Surely Books. 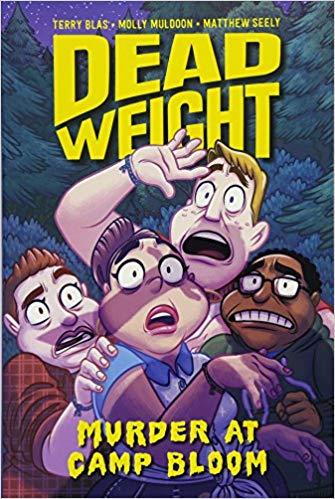 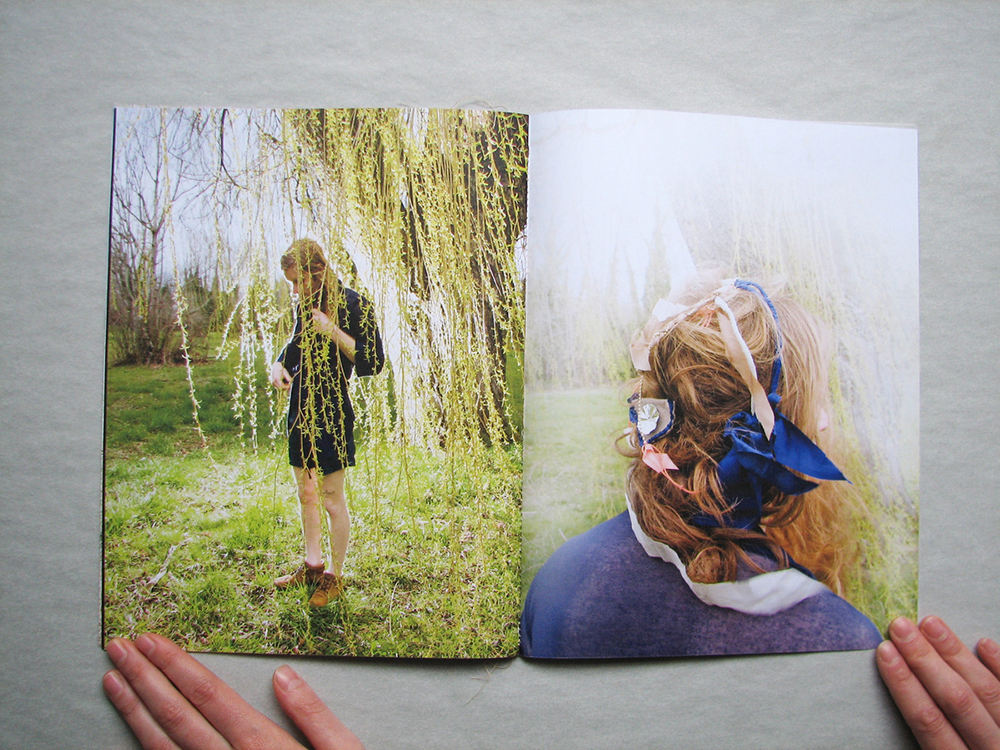 Aidan Koch is a multimedia artist working in New York City. Her sculpture and installation work has been exhibited in Antwerp, Paris, Austin, and New York. Her work has shown at Signal, Hester, and the Whitney Museum of American Art. She has released several graphic novels including Xeric Award winner The Blonde Woman and Impressions as well as been printed in The Paris Review, which also profiled her In the Studio. In addition, Koch produces editioned works, charms and jewelry, and has an active tattoo practice. Read this interview with Koch in Yale Literary Magazine. 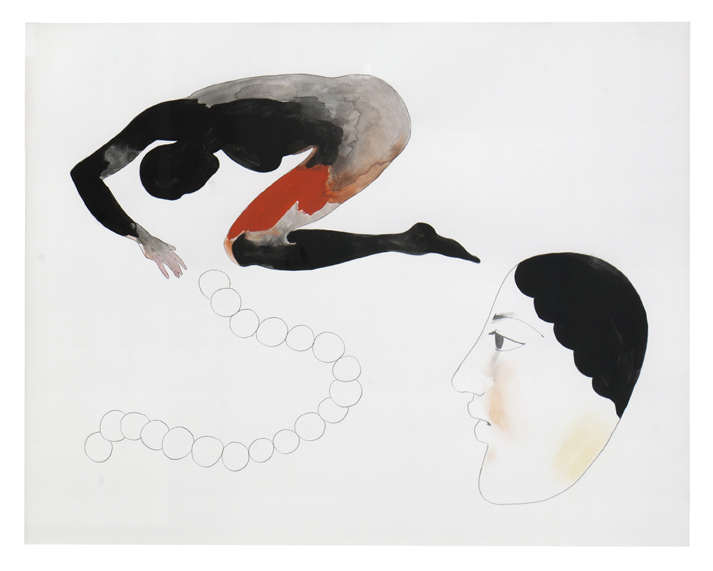 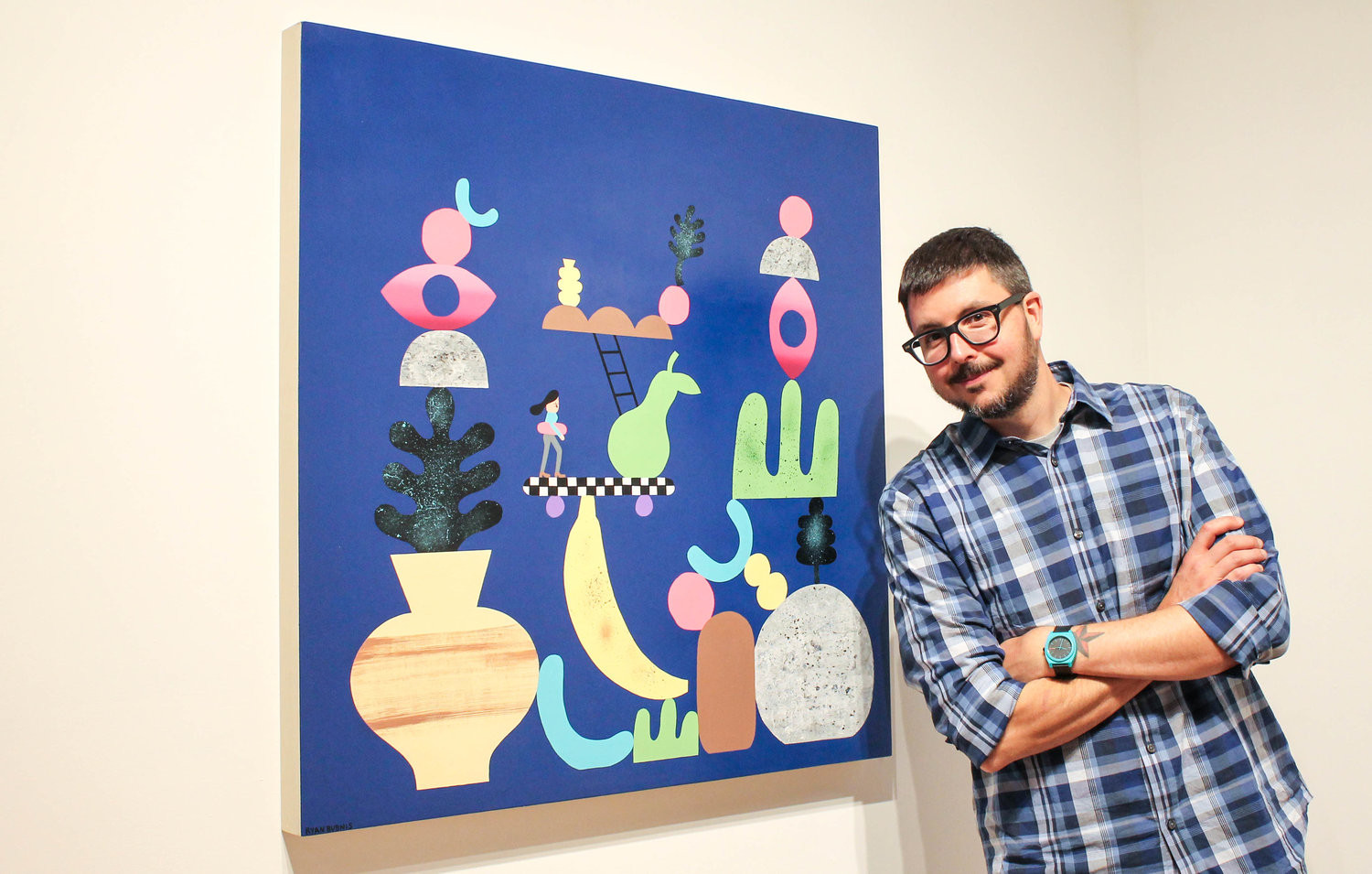 Ryan Bubnis is a multidisciplinary illustrator, artist and educator. Bubnis' work has been described as "urban folk." Through his paintings, illustrations, design and mural work, he comments on themes relating to the human condition. Working both traditionally and digitally he incorporates a range of mediums that include found objects, paper, wood, canvas, aerosol, acrylics, cel vinyl, Papier-Mâché, graphite and India ink. He draws inspiration from life, love, graffiti, folk and outsider art from a variety of cultures. Bubnis has collaborated with a number of commercial clients and agencies and his work has been exhibited in galleries and museums across the U.S. and abroad. He is currently an Assistant Professor at The Pacific Northwest College of Art in Portland, Oregon. 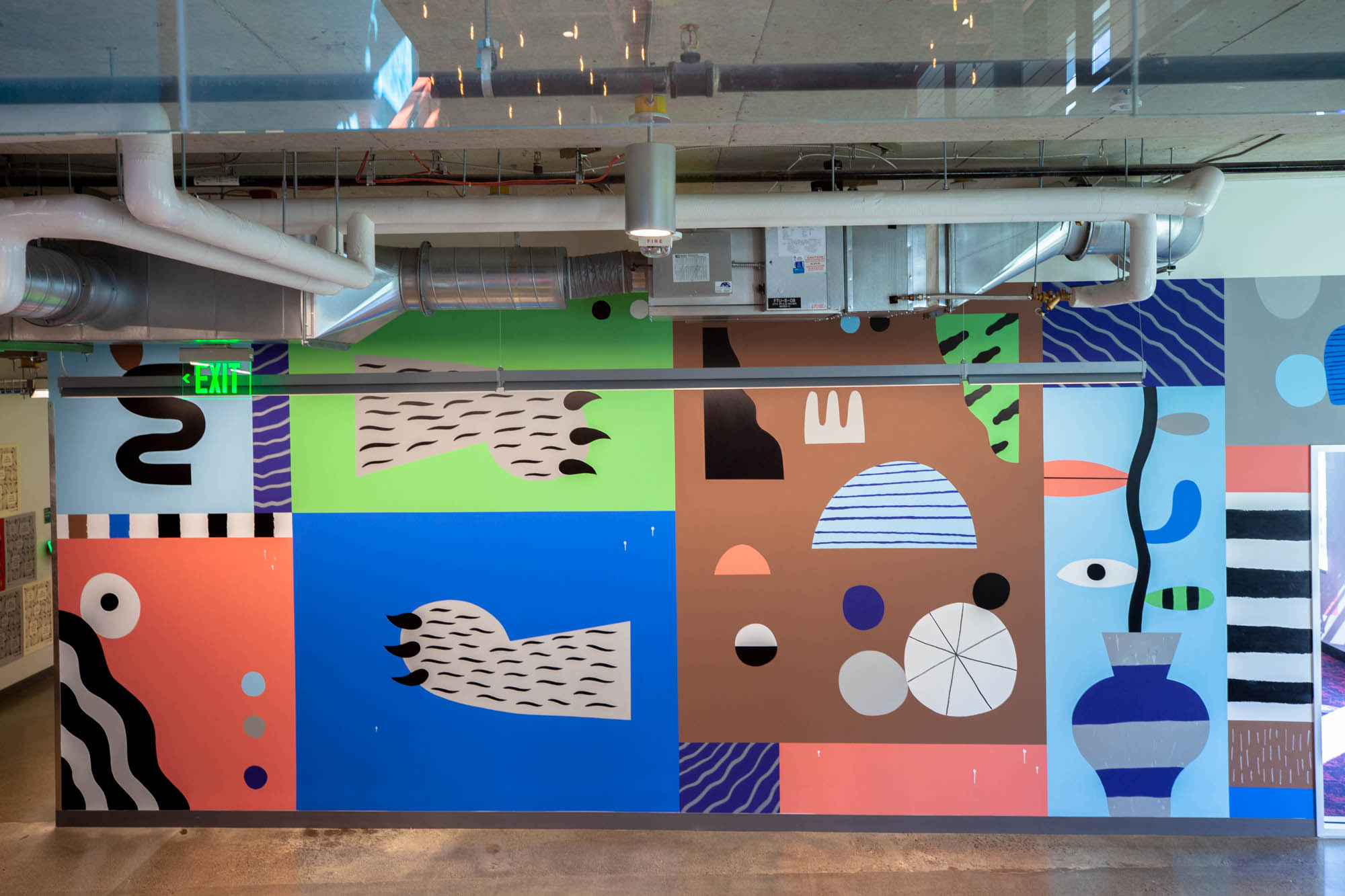 Year after year, PNCA illustration students are among the finalists in this competition of entries submitted by illustration professors nationwide. A jury of professional peers, including illustrators and art directors, selects 25 students for scholarships and included in an exhibition. The Society’s juried exhibitions and publications have a reputation for presenting the most cutting-edge artwork in today’s print and digital media.

Students including Subin Yang have been selected for the student category of this international juried illustration competition held each year by 3x3 Magazine.

Undergraduate students are invited to enter this juried competition to design wine labels for Argyle Winery. Winners are awarded a $5000 scholarship.

Each spring, members of the professional design community in Portland are invited to PNCA to review senior’s portfolios. Graduating students have received commissions from Portland's weekly newspapers and monthly city magazine immediately on graduating.

Visit The Office of Career Design

Stop by the Office of Career Design to learn more about internships when you take a tour of campus.