Eileen Isagon Skyers, an alumna of the MA in Critical Studies Program, is an artist, writer, and curator based in New York City. Her work and research engages with identity, new media, and digital culture. She co-founded the New-York based gallery HOUSING, whose mission is to support artistic practices and aesthetic experiences that contour the limits of visibility, and advance the conditional inclusion of artists of color. Alongside her work as an independent curator, Skyers has worked with arts institutions and organizations including Rhizome, David Zwirner, and the Whitney Museum of American Art. Skyers is currently Director of Communications at Foundation (foundation.app).

Alley Pezanoski-Browne offers a case study of her path from a student of the Critical Studies MA to her role as the Executive Director of the Independent Publishing Resource Center (IPRC.org) to illustrate how academic research can directly shape how we envision our spaces, communities, and work, and why art & theory students are uniquely equipped to create change. Alley grew up in a family dedicated to the arts, education, and social justice, which led her to focus on Film/Video and Sociological Studies at Northwestern University where she earned a B.S. in Communications. For the next decade, she worked as a producer and coordinator for various documentaries, and also worked on arts/media projects and events, with a focus on fundraising and community-building. She received her master’s in Critical Theory & Creative Research from Pacific Northwest College of Art and had a stopover in Hong Kong as a Fulbright Scholar. Alley was the Executive Director of the Independent Publishing Resource Center (IPRC.org). Her work has been shown on PBS Independent Lens and published in the Leonardo Music Journal and Bitch. She is currently works the Director of Growth at Open Signal.

In 2015 the “autotheory” trend boomed with Maggie Nelson’s Argonauts. This trend meshes personal narrative with theory and philosophy to situate oneself inside a larger world, and melds different ways of thinking in creative, unexpected ways. Lauren Fournier’s Autotheory as Feminist Practice in Art, Writing, and Criticism traces this practice through early feminist conceptual art, video art, body art, and performance— especially in those feminist, queer, and BIPOC (Black, Indigenous, and People of Colour) scenes that live on the edges of art and the academe. Autotheory describes a way of engaging with and practicing theory alongside lived experience and subjective embodiment. It challenges dominant approaches while enabling new ways to critically reflect on our lives.

Aimi Hamraie is Associate Professor of Medicine, Health, & Society and American Studies at Vanderbilt University, where they direct the Critical Design Lab. Hamraie is author of Building Access: Universal Design and the Politics of Disability (University of Minnesota Press, 2017) and host of the Contra* podcast on disability, design justice, and the lifeworld. Their interdisciplinary research spans critical disability studies, science and technology studies, critical design and urbanism, critical race theory, and the environmental humanities. Hamraie is also a certified permaculture designer, a co-founder of the Nashville Disability Justice Collective, and an organizer for the Nashville Mutual Aid Collective.

Sloane McNulty (PhD American Studies – Rutgers) is an instructor at the Pacific Northwest College of Art. Their work is centered on assemblages of gender, ecology, and embodiment, while also intervening in narratives around genetic science, social media, and animal ethics. They are currently working on a book length manuscript entitled, “Viral Ethics: Media, Ecology, Debt,” as well as pursuing more extensive scholarship on the cultural deployment of parasitism, affective regimes of social media, and intersections of transgender rights and technology.

Macarena Gómez-Barris is a cultural critic, author and Chairperson of Social Science and Cultural Studies at Pratt Institute. She is founder and Director of the Global South Center, a hub for critical inquiry, aesthetic praxis, and experimental forms of social living. Macarena works on cultural memory, race, queer and decolonial theory, and rethinking the anthropocene. She is author of The Extractive Zone: Social Ecologies and Decolonial Perspectives, a book that theorizes social life through five extractive scenes of ruinous capitalism upon Indigenous territories (Duke University Press, 2017). She is also author of Beyond the Pink Tide: Art and Politics in the Américas (UC Press, 2018), Where Memory Dwells: Culture and State Violence in Chile (UC Press, 2009), and co-editor with Herman Gray of Towards a Sociology of a Trace (University of Minnesota Press, 2010). Macarena is author of numerous essays in art catalogues, including work on Laura Aguilar, Julie Mehretu, Cecilia Vicuna, and Carolina Caycedo, as well as essays in numerous peer reviewed journals. She is co-editor with Diana Taylor of Dissenting Acts, a Duke University Press series.

Chris Kraus (b. 1955) is a Los Angeles–based writer, art critic, and editor whose novels include I Love Dick (1997), Torpor (2006), and Summer of Hate (2012). Her writing navigates and mediates seamlessly between autobiography, fiction, philosophy, and art criticism. She teaches creative writing and art writing at The European Graduate School / EGS and has been a visiting professor at the Art Center College of Design, the University of California at San Diego, New York University, the San Francisco Art Institute, and the Los Angeles Contemporary Archives. Along with Sylvère Lotringer and Hedi El Kholti, Kraus is co-editor of the influential publishing house Semiotext(e), which has introduced much of contemporary French theory to an American audience, and published writers such as: Abdellah Taia, Veronica Gonzalez Pena, Mark Von Schlegell, Robert Gluck, Natasha Stagg, and Dodie Bellamy 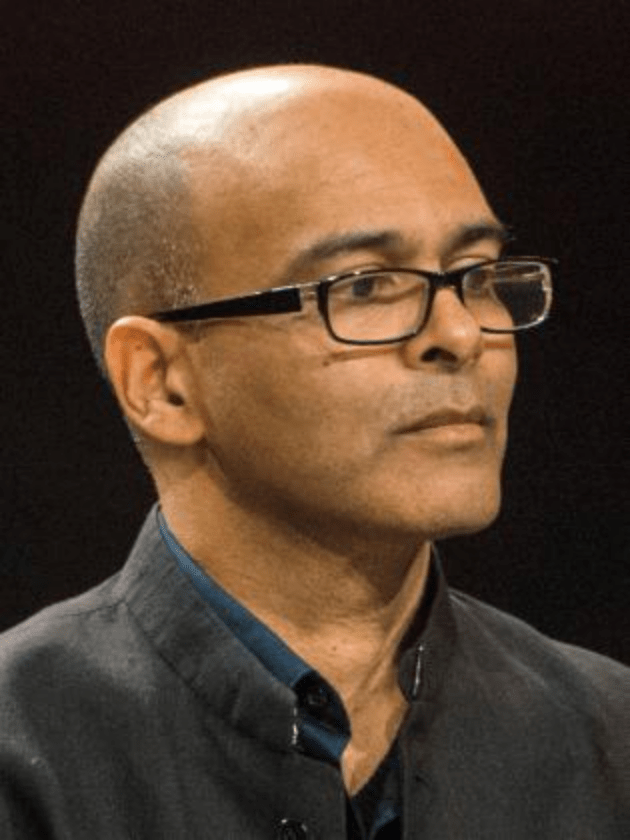 Allan deSouza is an Associate Professor in the Department of Art Practice, UC Berkeley and a multimedia artist whose work has been exhibited extensively in the U.S. and internationally. His photography, installation, text and performance works restage historical evidence through counter-strategies of fiction, erase, and (mis)translation. He is the author of How Art Can Be Thought: A Handbook for Change (Duke UP, 2018). 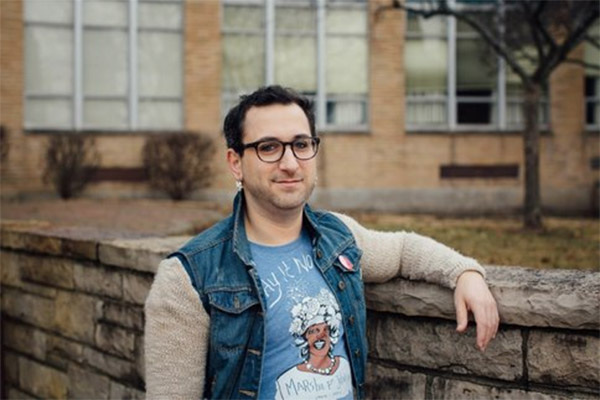 Workshop: “Teaching While Marginalized: What Our Bodies Teach Us About Critical Pedagogy”

Dr. Z Nicolazzo is Assistant Professor of Trans* Studies in Education in the Center for the Study of Higher Education at the University of Arizona. She has published her scholarship in a variety of inter/national publication venues, and her first book, Trans* in College: Transgender Students’ Strategies for Navigating Campus Life and the Institutional Politics of Inclusion, was awarded the 2017 Publication of the Year from AERA’s Division J.

In this interactive workshop, Z Nicolazzo will discuss the always already embodied nature of critical pedagogy for people with marginalized identities. She will engage participants in self-reflection and group-based activities to explore what it means to "show up" with marginalized identities in classroom spaces, how we are met with student resistance, and the possibilities for meeting such resistance to navigate the academy. Walidah Imarisha lecturing about her writing and research. This event will include a reception and book signing

Maggie Nelson is a writer forging a new mode of nonfiction that transcends the divide between the personal and the intellectual and renders pressing issues of our time into portraits of day-to-day lived experience. Nelson’s five book-length works of nonfiction are grounded in experiences and topics with which she is struggling. She invites the reader into her process of thinking through and making sense of her unique concerns with the help of feminist and queer theory, cultural and art criticism, philosophy and psychology. 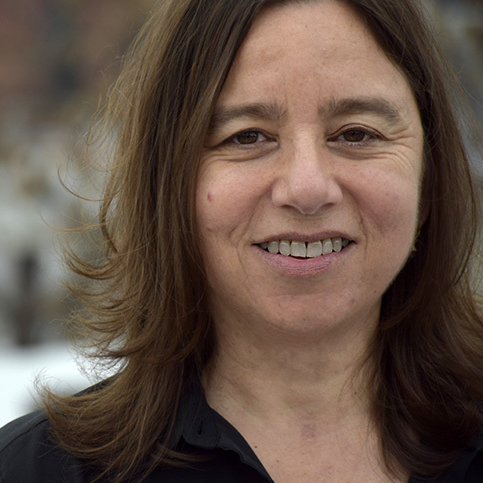 In his book Dear Marcus, Jerry McGill addresses the man who shot him and the result is an inspiring narrative about the moments in life that shape us—those that catch us by surprise, that blindside us, but that present us with opportunities for growth, reflection, compassion, and forgiveness. He has traveled the globe mentoring disabled children and sharing the experiences in his life that evolved from his transformative encounter with Marcus. Jerry McGill holds a B.A. in English literature from Fordham University and a MFA in education from Pacific University in Oregon. 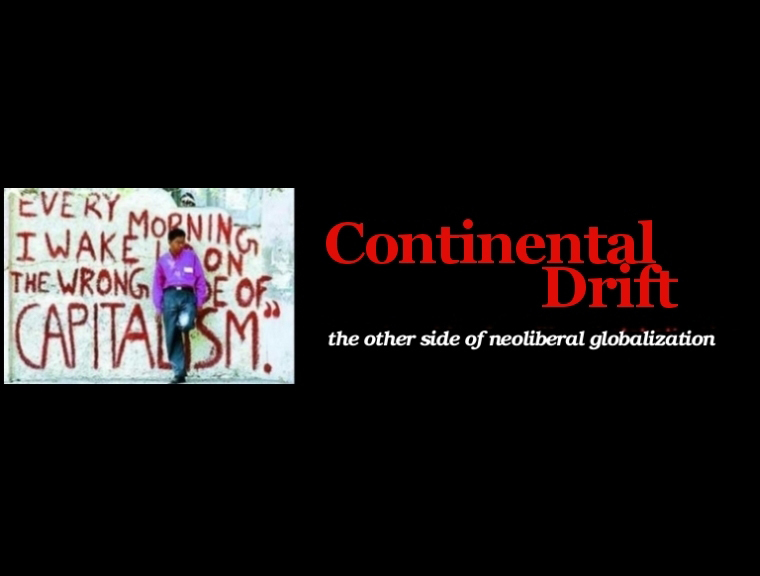 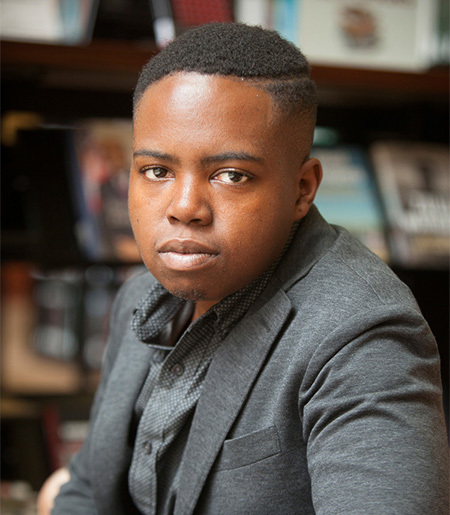 Guest Scholar C. Riley Snorton (Professor of English and Gender and Sexuality Studies, University of Chicago) will present a lecture on his current research at the intersection of Black, Africana, trans, queer, and performance studies. A distinguished interdisciplinary scholar and writer, Snorton is the author of Nobody is Supposed to Know: Black Sexuality on the Down Low and Black on Both Sides: A Racial History of Trans Identity. Co-presented with PICA as part of the TBA Festival. 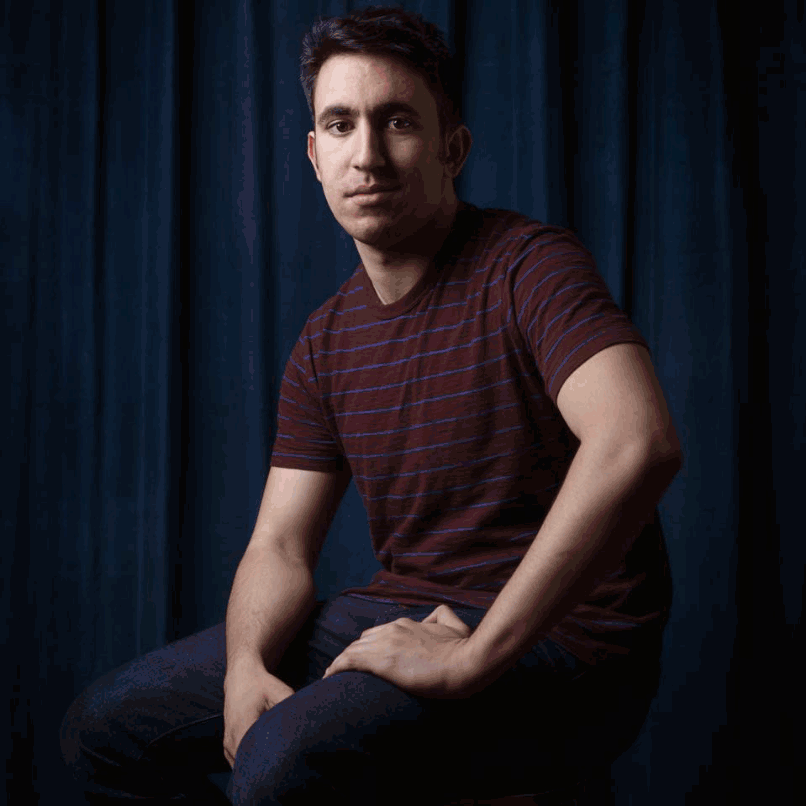 Title: Where is the joke in that?

Description: In this workshop will be exploring the art of looking within yourself for comedy. You might not think your life is interesting, but if you dig deep enough, the joke is somewhere there. We will be discussing joke structure, punchlines, but more importantly, how to have fun and be you.

Bio: Mohanad Elshieky is Stand-up comedian and a Writer based in Portland, Oregon. Originally from Libya, he brings a unique perspective to the comedy scene, his act covers a wide range of topics from politics, race and whatever has been bothering him lately. Mohanad has been featured on the Lovett or Leave it Podcast, Put Your Hands Together, Live Wire Radio, NPR & Buzzfeed. He's recently been named by the Portland Mercury as a Genius of Comedy & is one of Thrillist Magazine best 50 comedians in America. You can see Mohanad's comedy on the TV Series "Unprotected Sets" produced by Wanda Sykes on October 5th, on EPIX. He also tweets a lot, so there’s that. As OPAL’s Development and Communications Coordinator, Shawn Fleek is highly engaged in campaigns for economic, racial and social justice in housing, transportation, land use and climate action.Shawn is a descendant of the Northern Arapaho tribe, a transit-dependent renter, and a resident of Cully, a neighborhood that is highly vulnerable to gentrification. Shawn came to Portland in 2007, drawn by renowned public transportation, the region’s large Native community, and the city’s progressive ethic. Connecting with Indigenous values inspired Shawn to see himself as part of the movement for Environmental Justice. “Native people have always taken a balanced approach to living in harmony with the environment. But in colonized Portland, we see imbalance everywhere...This imbalance is a direct result of our communities not being involved in decision-making that affects us. Unless we organize, these problems will only get worse, and we will end up with a city that doesn’t work for us.” This interactive workshop will help community members engage with Environmental Justice issues in Portland and beyond. 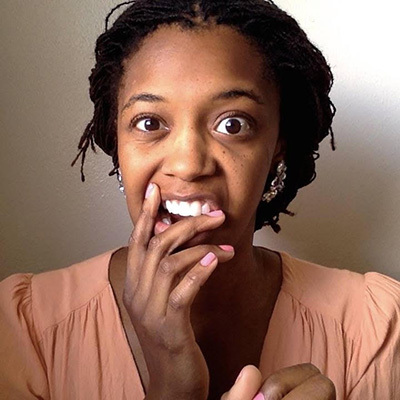 Shayla Lawson will be leading a discussion/workshop on Maggie Nelson’s Bluets (2009).

Shayla Lawson’s work has appeared in print & online at Tin House, GRAMMA, ESPN, Salon, The Offing, Guernica, Colorado Review, Barrelhouse, & MiPOesias. She is the author of: A Speed Education in Human Being, PANTONE, & the forthcoming I Think I’m Ready to See Frank Ocean. She is a 2017 Oregon Literary & MacDowell Colony Fellow, & a member of The Affrilachian Poets. 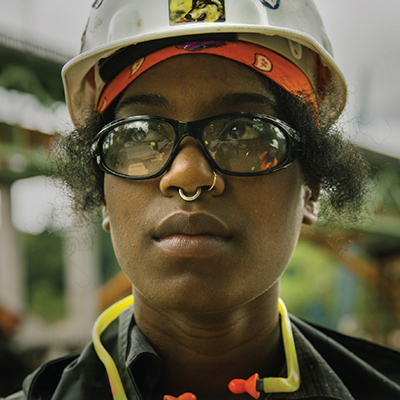 Dr. Roberta Hunte is an educator, facilitator, consultant, and cultural worker. She is an Assistant Professor in Black Studies and Women Gender and Sexuality Studies at Portland State University where she teaches courses on reproductive justice, inequality, feminism, and the African American experience. She facilitates trainings on equity, diversity and inclusion. She is a collaborator and producer of the play My Walk Has Never Been Average, and a short film Sista in the Brotherhood both informed by her research on black tradeswomen. She is co-chair of the board for OPAL, Environmental Justice and the co-chair of Trimet's Transit Equity Advisory Committee.