Our alumni are successful artists, educators, curators, writers, and innovators. While still in the program, students have many opportunities to build a strong foundation and network for a thriving career post graduation. 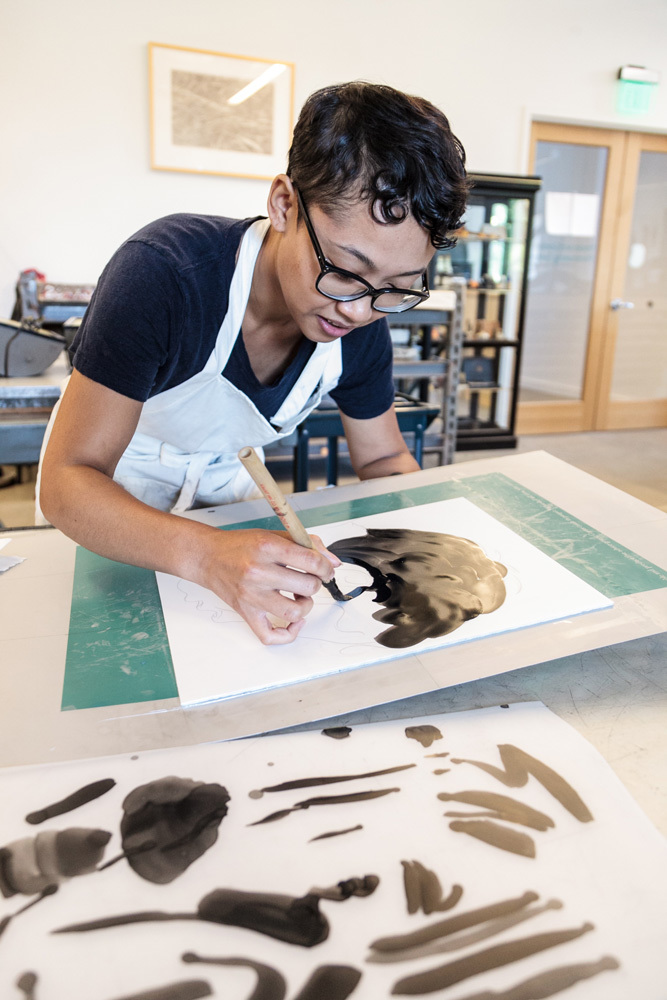 Immediately on graduating, Samantha Wall was awarded the MFA Grant Award from the Joan Mitchell Foundation and was invited to participate in First Look III as one of the nation’s 12 most promising graduate art students. Since then, she has been awarded the Arlene Schnitzer Prize at the Portland Art Museum and a semi-finalist for the Portland Art Museum’s Contemporary Northwest Art Awards.

Samantha Wall's work has been featured in both solo and group exhibitions regionally and nationally. Recent exhibitions include an invitational at The Loving Festival in New Orleans, LA, with her work featured at the Stella Jones Gallery, and participation in A Likeness: Works in Contemporary Portraiture, at The Archer Gallery, Clark College, Vancouver, WA. She is represented by Russo Lee Gallery. 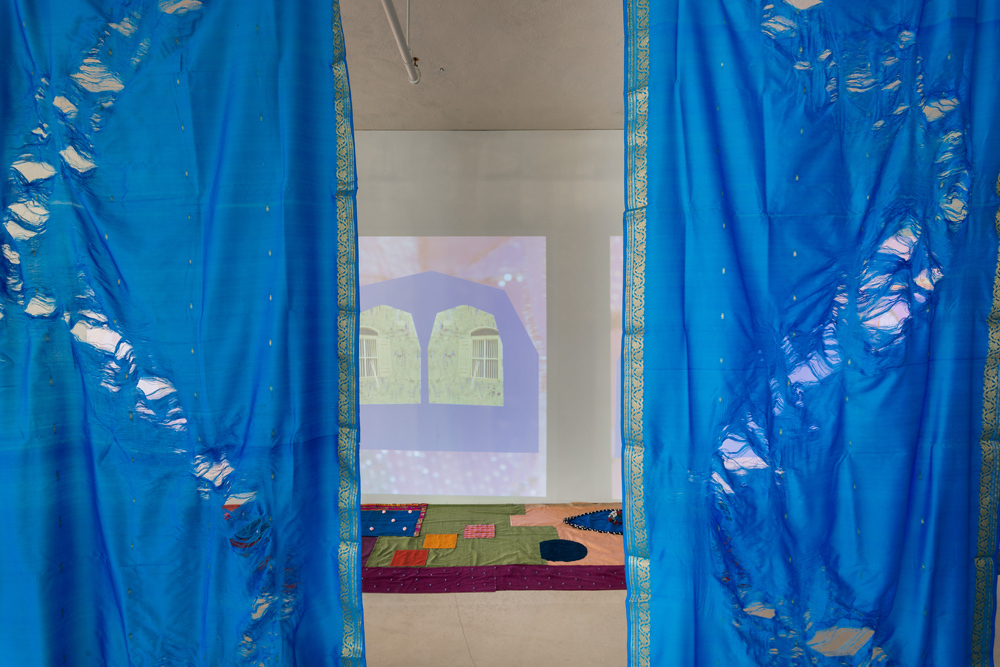 Aruni Dharmakirthi is a Sri Lankan born artist and educator based in Brooklyn, NY. Dharmakirthi’s work has been shown in galleries including Housing in Brooklyn, NY, Disjecta in Portland, OR, and Sonam Studios in Mumbai, India. In addition to their artistic practice, Aruni co-curates Soft Space, a video + new media curatorial project that exists as a digital archive and pop-up events. 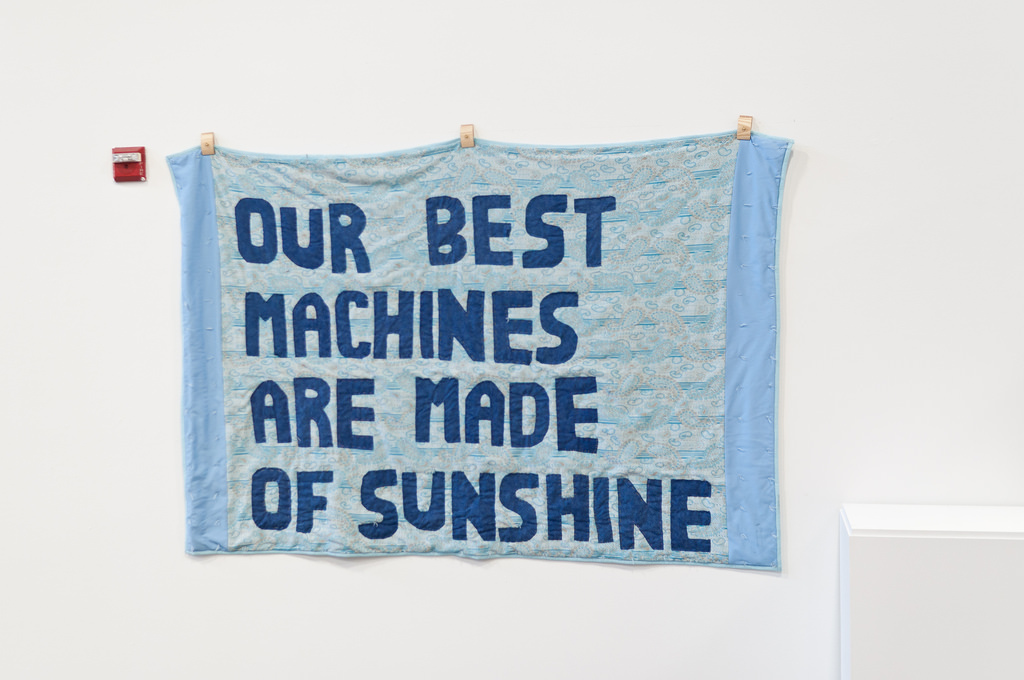 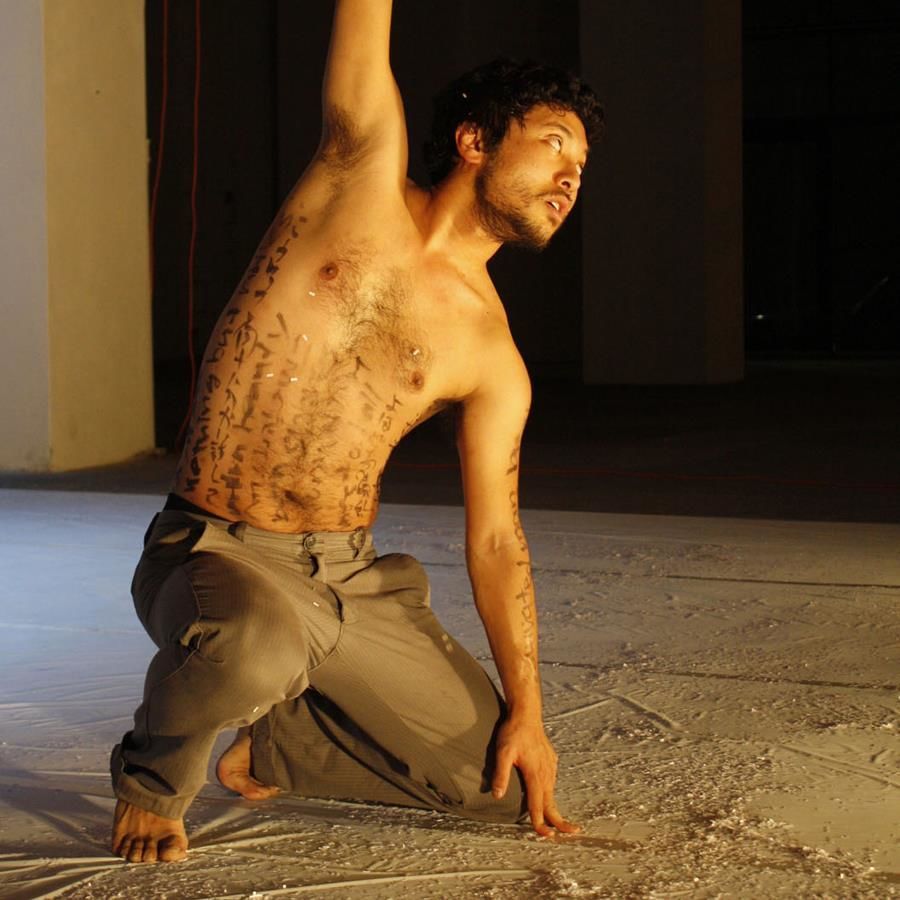 Originally from Shizuoka Japan, Takahiro Yamamoto is an artist and choreographer based in Portland. He has received support from National Performance Network, Japan Foundation, Portland Institute for Contemporary Art, Africa Contemporary Arts Consortium, danceWEB scholarship program, and others. Both of his performance productions and visual art works have been presented at GoDown Arts Centre (Nairobi), Bedlam Lowertown (St. Paul), Fresh Festival (San Francisco), Center on Contemporary Arts (Seattle), Rowan Gallery (Los Angeles), and Disjecta (Portland). As a performer, he has performed for Morgan Thorson, Xavier Le Roy, Mårten Spångberg, Keith Hennessy, Jmy James Kidd, Perseverance Theatre Company and others. He co-directs a performance company madhause with Ben Evans, and a part of Portland-based support group Physical Education with Allie Hankins, keyon gaskin, and Lu Yim. Read more in this this profile of Taka. 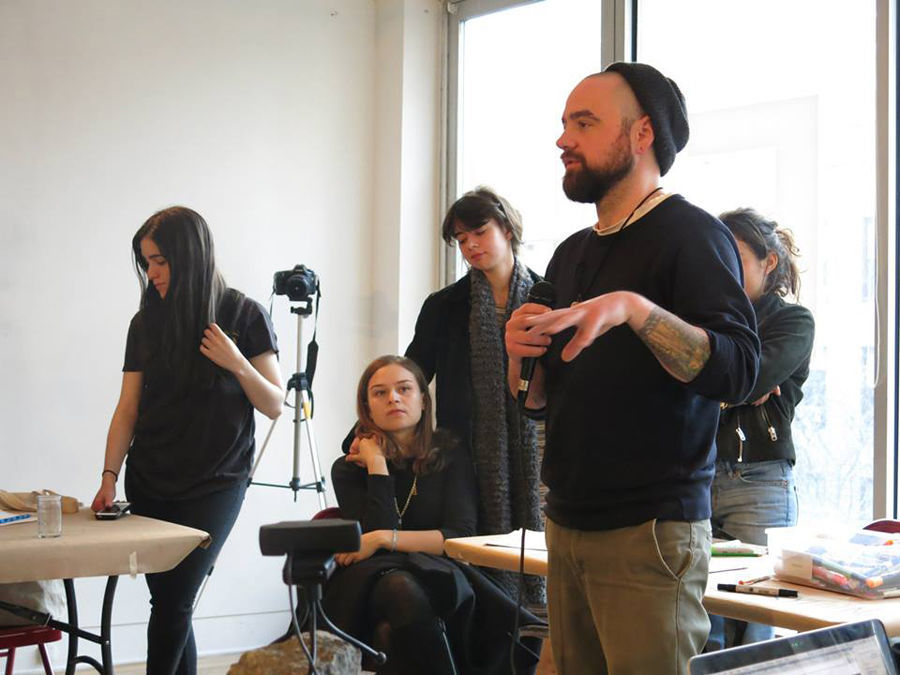 Sean Carney is a comedian, visual artist, writer, publisher, and educator who is a member of Bruce High Quality Foundation University. In 2009, Carney founded Social Malpractice Publishing, an independent artist book label. In 2011, he co-founded the Conceptual Oregon Performance School (C.O.P.S.), a free, artist-run summer institute that focuses on contemporary performance strategies and critical theory. He is 1/3 of GWC, Investigators, a collaborative paranormal research team. 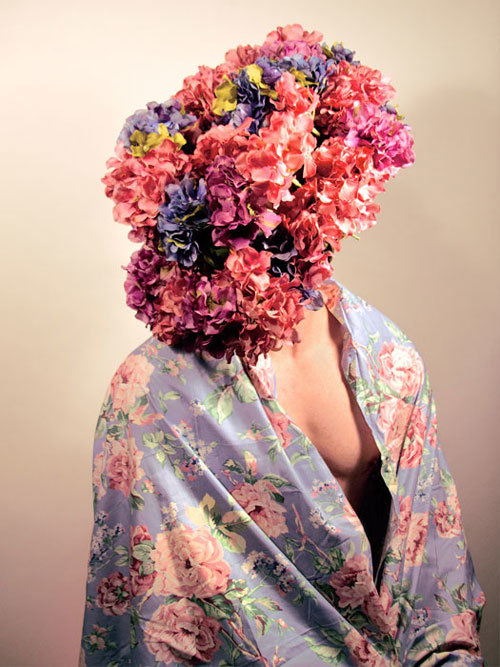 Delaney Allen’s conceptual self-portraiture, still-life, and landscape photography has been exhibited and published nationally and internationally. Most recently, he was chosen as one of Time Magazine’s “51 Instagram Photographers To Follow” for 2016. In 2015 he was chosen as “One Of Portland’s Five Artists To Watch” by the Portland Monthly. He was awarded as a Flash Forward Emerging Photographer by the Magenta Foundation in 2013 and was chosen to attend Alec Soth’s Camp For Socially Awkward Storytellers in the same year. His first publication, Between Here And There, was awarded “Best Books Of 2010” by Photo-Eye Magazine. Some of his commercial clients include Arrowhead, Domino Records, Bud Light, and Travel Portland, Fader Magazine, Bloomberg BusinessWeek and WIRED. He is represented commercially by Redeye. 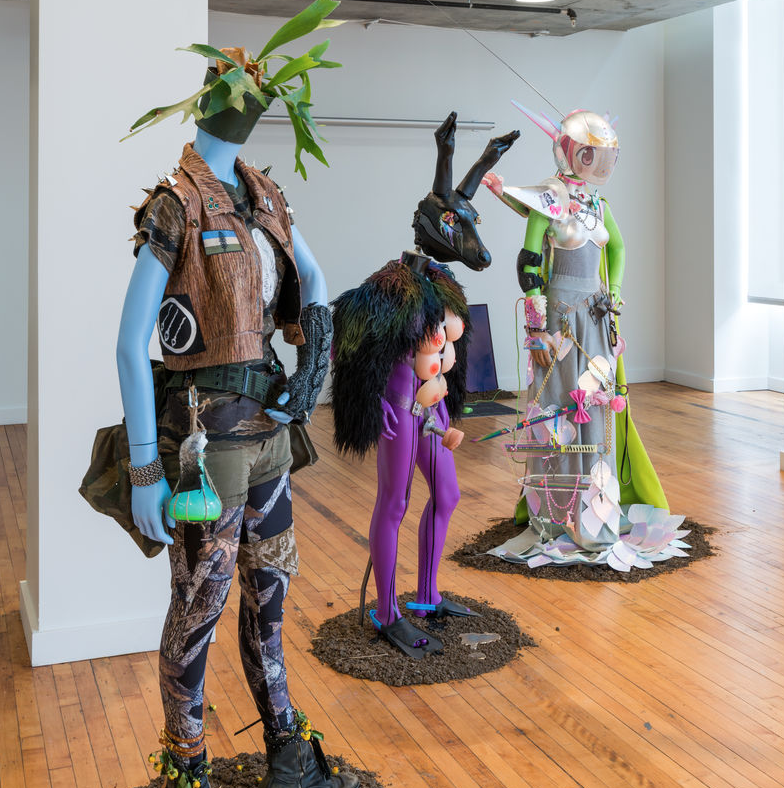 Tabitha Nikolai is an artist, writer, educator, and organizer who believes that artists have the responsibility to take care of one another. She believes in information systems as a rallying point for revolution. The sprawling sandboxes and collapsed time streams of digital platforms host potential for radical undoing, rethinking, and transmuting. Employing the structures and power of emergent media, text, and trend, Nikolai traces reverberating feedback loops from meatspace to the metaverse and back. Across occult systems, technological and magical, she endeavors to momentarily manifest the physical latent in the virtual, and virtualize the visceral. Residing in the vectors betwixt these points she thrives between: always ad-hoc, transdisciplinary, and transgender. She acknowledges the circumstances of acceleration: accelerating technology, and accelerating crisis. She acquiesces to the former, but not the latter. Nikolai has exhibited recently at Ganka Gallery (Tokyo), Shoot the Lobster (New York), Vox Populi (Philadelphia), and she has forthcoming exhibitions at the Utah Museum of Contemporary Art and Western Oregon University.

The Office of Career Design 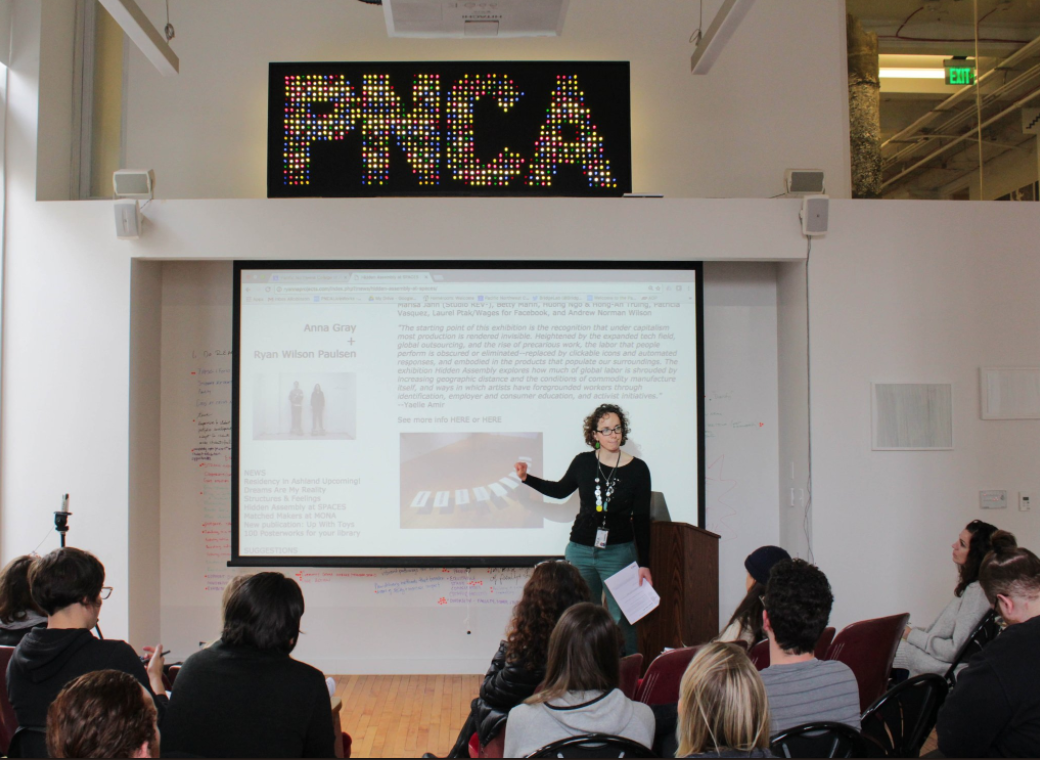 Reach out to Garrick Imatani, Chair of Visual Studies, to schedule a time to talk.
gimatani@willamette.edu