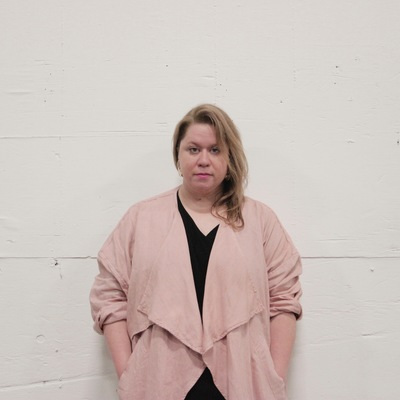 Kristan Kennedy is a curator, artist and educator and has been involved with PICA since 1995, starting as a volunteer before being presented in the program as an artist in 2001. Kennedy served on the Board of Directors beginning in 2001 and joined the staff in 2003. Working with Frey and Boberg-Doughton, she helped to lead the organization through its founding leadership transition and major programmatic shift to PICA’s inaugural Time-Based Art Festival. Kennedy has been curating programming, artist residencies, publishing, lecturing and teaching since 2005 when she started programming visual art, multidisciplinary, performance and music for the TBA Festival and returned PICA to full program of year round exhibitions and public programming in 2012. Kennedy is the chief architect for the Precipice Fund, PICA’s re-granting program funded by the Warhol Foundation. Kennedy lectures about curatorial practice and artist – centric ethics at institutions nationally including most recently at Bard CCS, Washington State University, School of the Art Institute of Chicago, Oregon State University, Pacific Northwest College of Art, Cornish College of Arts, Flagler College, Hampshire College, Atlanta Contemporary, Henry Art Gallery, Portland Art Museum, University of Washington and at UC Berkeley as part of Shannon Jackson’s Symposium, Curating People Symposium for the Artist Research Center.

Kennedy teaches Contemporary Art History at Portland State University for the BFA and MFA Studio Practice program and Social Practice MFA Program. From 2009 to 2014, Kennedy curated the PSU MFA Visiting Artist Program, founded the programs journal Studio. Kennedy teaches the Contemporary Art Seminar at the Pacific Northwest College of Art and has been a Mentor since the founding of the MFA in Visual Studies program in 2006. She was recently a visiting scholar and curator for the MFA Performance Program at the School of the Art Institute of Chicago’s Impact Festival.

Kennedy has been a juror, panelist and adviser for several national foundations and institutions including Creative Capital, Regional Arts and Culture Council, Museum of Art and Design, The New Foundation, The Brink Award, On the Boards, Headlands Center for the Arts, Southern Exposure / Alternative Exposure and On the Boards, Nohl Fellowship, Rauschenberg Foundation, LACE Exhibitions, Artist Pension Trust, Cannonball Arts, United States Artists, Museum of Art and Design Van Lier Fellowships, The Artists Trust, Art Innovator Awards and the Foundation for Contemporary Art. In 2012, Kennedy was invited by the Centre Pompidou and Gaite Lyrique to curate a program of experimental music and video from the Pacific Northwest which brought over 30 artists from Portland to perform and present at a regional festival which spanned from Paris to Metz and across three major Contemporary Art Centers.